Compensation for Victims of Sideswipe Accidents in Massachusetts

Sideswipe accidents—also called lane departures or blind spot crashes—are often considered minor collisions. However, the impact when two parallel vehicles shear or bounce off one another can cause significant injuries to drivers and passengers. 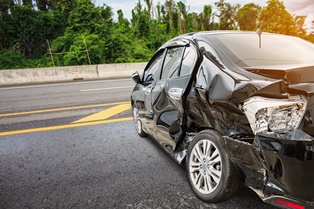 If you’ve been hurt in a sideswipe crash, it’s vital to have an injury attorney on your side to fight for fair compensation.

Massachusetts Drivers at High Risk of Injury in Sideswipe Accidents

While sideswipe collisions may not have the same force as a head-on crash, there is still a risk of severe or permanent injuries. Cars are designed to withstand high impact at the front and rear of the vehicle, but the sides have relatively few safety precautions. Without bumpers, airbags, steel pillars, or crumple zones to absorb and deflect the force of an impact, passengers may suffer broken bones and traumatic brain injuries upon contact with their windows and doors.

Most sideswipe crashes occur when one driver unexpectedly leaves their travel lane and collides with a neighboring vehicle. Failed lane changes often involve driver negligence, such as failing to check mirrors and blind spots before lane departure or misjudging the space between cars. Although it will take the help of an experienced injury lawyer to determine the basis for negligence in your case, common factors in these types of crashes include:

Proving Liability After a Sideswipe Collision

Unlike with rear-end accidents, it can be difficult to tell who is at fault in a sideswipe crash. As the injury victim, it’s up to you and your car accident lawyer to prove the other driver was at fault to win compensation.

Potential Sources of Evidence in a Sideswipe Case

If you or someone you love suffered injuries in a car accident, you may have to fight with an insurer to get the payment you need for medical treatment and accident-related costs. However, most collision victims are flooded with pain and anxiety after a crash, and insurance adjusters take advantage of their weakened position.

Insurance companies often contact victims soon after the crash, offering minimal settlements to protect their best interests. This may seem like a windfall for recovering victims who are out of work, but accepting an early payment will prevent you from getting any more compensation. If you don’t know the full extent of your injuries, you should never accept an insurer’s offer without speaking to an injury lawyer.

The most important thing to do after an accident is seek out an attorney who offers no-obligation consultations and represents you on a contingency-fee basis, giving you the time you need to heal without risking your financial future.