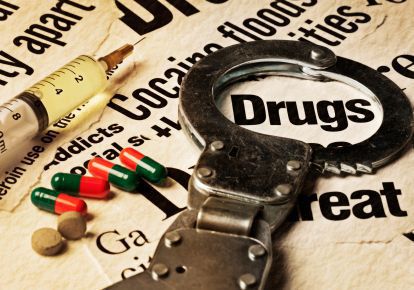 There are many kinds of drug crimes in Massachusetts and at Mahaney & Pappas, LLP, our Framingham defense lawyers handle them all.

Providing A Strong Defense Against All Drug-Related Charges

Drug crimes in Massachusetts are governed by the Controlled Substance Act, Chapter 94C of the Massachusetts General Laws, which covers:

In Massachusetts Drugs are divided into separate classes, such as, Class A, Class B, Class C, Class D, and Class E. The most common drug charges in Massachusetts are in connection with marijuana (Class D), cocaine (Class B), heroin (Class A), and prescription drugs. Sentencing can be very severe, ranging from committed time in a house of correction to minimum mandatory state prison sentences. The collateral effects and stigma from a conviction of drug crimes can be disastrous for your future. This is why when charged with a drug crime in Massachusetts you need a qualified and experienced legal team to fight for you in court.

Mahaney & Pappas, LLP has fought hard in numerous drug cases to convince a judge that police unconstitutionally and unlawfully stopped, searched, and seized evidence including drugs, glassine baggies, scales, money, and statements. Our legal team has extensive knowledge not only of drug laws in Massachusetts but also of the many protections you have under the United Stated Constitution and the Massachusetts Constitution (called the Declaration of Rights). We have experience getting improperly gathered evidence thrown out of court, which can lead to the dismissal of drug charges.

Even Charges That Appear Minor Need To Be Taken Seriously

A new marijuana law, section 32L of Chapter 94C of the Massachusetts General Laws, essentially makes the possession of an ounce or less of marijuana a civil infraction not subject to criminal sanction. Specifically, M.G.L. c. 94C §32L provides in relevant part: "possession of one ounce or less of marihuana shall only be a civil offense, subjecting an offender who is eighteen years of age or older to a civil penalty of one hundred dollars and forfeiture of the marihuana, but not to any other form of criminal or civil punishment or disqualification."

This does not mean, however, that so long as you are in possession of one ounce or less of marijuana that you will not be subject to criminal prosecution. Mahaney & Pappas, LLP have successfully handled cases since the adoption of the new marijuana law in which clients possessing one ounce or less of marijuana are charged with intent to distribute. If you are facing similar charges you need experienced and knowledgeable attorneys to represent you and make sure your rights are protected.

If You Have Been Accused Of A Crime Involving Drugs, Contact Our Experienced Drug Defense Attorneys Today

If you are facing a drug charges in Massachusetts, you deserve the best defense available. Call Mahaney & Pappas, LLP, today at 508-879-3500 or contact us online for a free consultation. With offices in Framingham and Webster, we are conveniently located to help serve you.