Injuries You're Likely to Sustain in a Motorcycle Crash 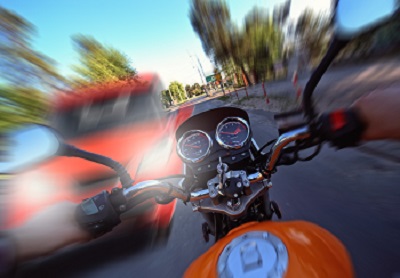 People choose to ride motorcycles for various reasons. For some, they're an economical way to commute to work. For others, being in the open air on a bike is a fun way to enjoy the scenery and travel for pleasure.

Regardless of their purpose, riders deserve the same space, respect, and duty of care that other motorists get. Unfortunately, motorcyclists are often overlooked, or even worse, disregarded by other drivers, which can lead to a deadly crash for the rider. When these crashes happen, riders are at risk for suffering serious—or even fatal—injuries.

How Many Riders Are Killed Each Year?

​According to data from the Insurance Information Institute, motorcycle riders suffer fatalities at nearly six times the rate of occupants of passenger cars.

Obviously, the primary reason for the difference in fatalities is the lack of protection offered by a motorcycle compared to a car or truck. However, another contributing factor is drivers don't pay to motorcycle riders as they pass them, turn out in front of them from side streets, and fail to yield to them in intersections. Even when a biker isn't killed in a collision, he or she often suffers serious and debilitating injuries.

Types of Injuries Most Often Sustained in Motorcycle Crashes

Massachusetts has a universal helmet law, which means that every biker riding in the state must wear a DOT-approved helmet. While there's no doubt that helmets save lives, riders can still sustain severe injuries—including head injuries—despite wearing a helmet.

Some of the most common medical conditions riders suffer in crashes include:

When the crash that caused these devastating injuries was caused by a driver who failed to follow traffic laws and provide the duty of care you deserved, you can hold him responsible for the financial burden of medical bills and lost wages you now face.

How the Motorcycle Accident Attorneys at Mahaney & Pappas, LLP Can Help

If you're a motorcyclist who was injured in a crash caused by a negligent driver, the lawyers at Mahaney & Pappas, LLP will review the crash and determine the best course of action for pursuing damages. We'll fight to protect your rights as an injured victim and secure the compensation you need and deserve to recover from your injuries. Fill out the contact form on this page right now, or call our Framingham office to speak to someone today about your accident.