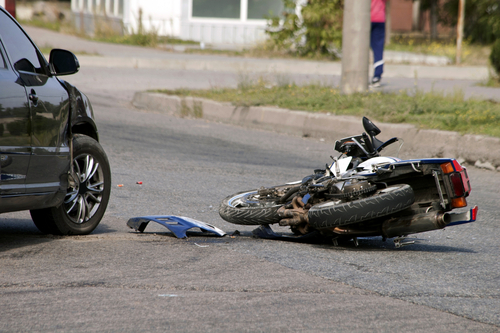 All of you motorcycle enthusiasts are probably very excited about the spring and summer weather that has moved in this season. Massachusetts has some wonderful scenic roadways for a nice and relaxing ride on your bike. When you think about going for a fun and peaceful ride on your motorcycle, the last thing on your mind is being seriously hurt in a motorcycle crash.

Unfortunately, motorcycle accidents are very common and often result in severe injuries. Just last month CBS Boston reported a motorcycle accident in West Roxbury, MA that resulted in life threatening injuries. That crash is under investigation. Accidents like these appear more and more in the news during motorcycle season. If you happen to be injured in a motorcycle crash, below is one important tip to remember.

No matter how careful you are on a motorcycle, accidents happen. The Executive Office of Public Safety and Security in Massachusetts reported that there are, on average, approximately 125,000 motorcycle crashes per year. In those crashes there are more than roughly 4,000 serious injuries suffered and well over 300 fatalities. It’s not hard to understand why these numbers are so high, especially when it’s a motor vehicle (i.e., car or truck) that crashes into a motorcycle. The motorcycle riders and passengers do not have much protection from a car or truck.

In a passenger car vs. motorcycle accident, most of the time the driver of the car just doesn’t see the motorcycle or if they do see it they completely midjudge the bike’s speed. The majority of motorcycle accidents we represent have been the result of the other driver losing sight out our client in their blind spots. The cars and trucks on the road sometimes change direction, completely unaware that a motorcycle is next to them. However an accident occurs, the motorcycle rider risks serious injury.

One Important Tip for Anyone Injured in a Motorcycle Accident

There’s all sorts of advice and tips out there should you be involved in a motorcycle accident. The tips and advice we offered about getting your motorcycle ready for the riding season and making sure you have enough insurance coverage in the event you are in an accident are things to consider before hitting the road. The majority of other tips, such as get out of the roadway, gather information, take pictures and so on, are great pieces of advice. But, the truth is most motorcycle accidents are too serious for the riders to accomplish these.  If you can do one thing, it’s to get the  name(s) of the people who stop to help. If that’s all you can do you already given your personal injury lawyer a good head start.

In one case I handled specifically, a motorcycle rider was struck by a car in Framingham, MA. He was seriously hurt in the crash and unable to take photos or move his motorcycle. Concerned citizens stopped, called 911 and assisted the motorcycle rider until the ambulance arrived. When the police arrived, they got the other driver’s name and contact information, which was later put into the Motor Vehicle Crash Report. The injured rider, however, was smart enough to get the names and phone numbers of the two individuals that came to his aide after the crash. These witnesses’ names and contact information were not contained in the Crash Report. This was extremely helpful later in the personal injury claim.

The driver of the car claimed that the motorcycle was speeding and trying to pass another car that was waiting to turn which caused the crash. Through our investigation, we obtained statements from the two individuals that helped our client at the scene. These statements completely contradicted the other driver’s contentions, which resulted in his insurance company ultimately accepting liability for the crash. This injury case was later settled.

Without the witnesses’ information, the insurance company would most likely have denied liability. In that situation, a personal injury lawsuit would have needed to be filed. In most accident cases, filing a lawsuit seeking financial compensation isn’t uncommon. However, in that motorcycle crash, without the witnesses it would have been word against word (between the driver of the car and the motorcycle driver), which would have made it a much more difficult case to prove.

Injured in a Motorcycle Crash in Massachusetts? Speak to an Experienced Injury Lawyer

Be safe when going for a motorcycle ride. If you, or someone you know, have been injured in a motorcycle accident in Massachusetts or have questions about obtaining financial compensation for damages and injuries suffered in a motorcycle crash, feel free to call at (508) 879-3500 or contact us online. We are happy to answer your questions.