Framingham Motorcycle Accident Lawyers Protecting Your Rights After a Crash 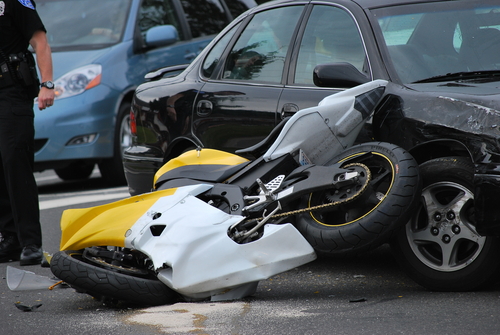 In Massachusetts, once the snow and ice melts and the spring weather arrives, motorcycle riders and enthusiasts are ready to dust off their bikes and hit the open road. In the summer and fall months, motorcyclists enjoy the thrill and freedom of riding on the Massachusetts highways and scenic side roads. But, riding a motorcycle is not without risk.

These statistics show how common motorcycles accidents are. Accidents and injuries are not always the motorcyclist's fault. If someone suffers injuries and incurs financial losses as a result of another driver’s negligence, they have the legal right in Massachusetts to file a claim and pursue financial compensation.

No one ever thinks they are going to be involved in a motorcycle accident. When riders purchase a motorcycle or take a bike out for a ride, they are usually looking forward to the excitement and fun of the ride. But, with the statistics set forth above, there is always a probability that motorcyclists can be involved and hurt in a crash.

Our office has represented numerous people in Massachusetts, who were injured in motorcycle accidents, and often see how the other vehicles involved in the crash are quick to point their finger and blame the motorcycle driver for causing the accident. This is not always true. Every accident is different and it sometimes can be difficult to determine who caused the accident and injuries. In our experience, the following are common causes of motorcycle crashes:

While there are many other factors that contribute and/or cause motorcycle accidents, these are some of the most common. Each crash is different and can involve one other vehicle or multiple vehicles. However, regardless of what caused the accident, if you were injured in a motorcycle crash in Massachusetts, you have a right to pursue financial compensation for your injuries and losses if the other driver was careless and caused the accident.

There are many other types of injuries that can occur in motorcycle accidents, such as, torn ligaments, muscle damage, and neck and back injuries. Regardless of the injuries sustained, a person injured in a motorcycle accident that was caused by someone else can seek financial compensation for those injuries.

Massachusetts laws allow motorcycle accident victims the legal right to seek financial compensation for their injuries and losses against the at-fault vehicle or driver that caused the accident. The accident victim must establish, however, the other vehicle and driver’s negligence to be successful in their claim. It must be established that the other driver failed to use reasonable care and that this failure caused the crash and the injuries.

A passenger of a motorcycle that is injured in a crash caused by the motorcycle operator also has the right to file a claim for bodily injury in Massachusetts against the motorcyclist.

If the operator of the motorcycle or a passenger is killed in a motorcycle accident, then the surviving family members may have the right in Massachusetts to pursue a wrongful death claim.

Insurance companies and their insured will often blame the motorcycle for causing the accident, which can lead to denials of injury claims. Similarly, if they cannot blame them entirely, insurance companies will try to place some blame on the motorcyclists and assert the defense of contributory negligence to try and reduce any financial compensation paid.

Get Legal Help From Our Experienced Framingham Motorcycle Accident Lawyers

If you have been hurt in a motorcycle accident, feel free to call us at (508) 879-3500 or contact us online to schedule a free, no-obligation meeting and case evaluation. If you cannot make it to our office in Framingham, we will come to you. Find out how we can help you get the financial compensation you and your family deserve.

Krista Carnes
Mine was a relatively small case and Attorney Pappas represented me extremely well and never made it "feel" small. I had never been involved with a legal situation like this and he and his staff walked be through the entire process so I was clear and confident throughout. I highly recommend his services.
Written by: Krista Carnes
Mahaney & Pappas, LLP
Date published: 05/01/2018
5 / 5 stars
Overall rating: ★★★★★5 based on 29 reviews