About the Conference in a Massachusetts Workers’ Compensation Case 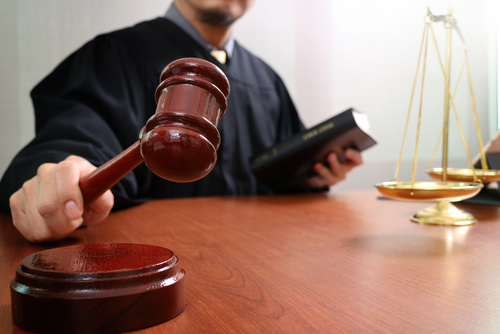 If you have been hurt on the job in Massachusetts and are not receiving the workers’ compensation benefits you feel that you are entitled to, you have the legal right to file a Claim for Benefits. Once your claim is filed with the Massachusetts Department of Industrial Accidents, it will proceed through the normal process of a Massachusetts Workers’ Compensation case. One step in that process is the Conference.

The Massachusetts Workers’ Compensation Act (M.G.L. c. 152) requires the vast majority of employers to carry workers’ compensation insurance. This insurance policy provides certain benefits for employees who are injured in the course of their employment, or in other words, workers who are hurt on the job.

Once the claim is filed with the Massachusetts Department of Industrial Accidents, the claim will go through the process of a Massachusetts workers’ compensation case. There are several steps and court appearances to a work injury claim. While claims can be resolved at any step in the process, most disputed claims end up going to Conference.

The first step in a workers’ compensation claim in Massachusetts is filing the claim. Once the claim is filed, a Conciliation will be scheduled and held. If the parties cannot reach an agreement on the issues of the employee’s claim at this level, the conciliator will refer the case to an administrative judge for a Conference. An administrative judge is a neutral judge that will oversee and preside over the Conference.

Conferences are hearings before an administrative judge of the Department of Industrial Accidents and are more formal than a conciliation, but less formal than a hearing. They are governed by M.G.L. c. 152, § 10A and are oral arguments before an administrative judge. The judge will listen to the arguments by the employee’s attorney and the insurance company’s attorney and will review medical or other evidence submitted at the Conference. Conferences are not evidentiary hearings where witnesses would be called to testify. The injured employee will be required to attend the Conference, but will not need to testify or speak to the judge.

Once the judge has heard the arguments, the judge will usually have questions for the attorneys and then will take the matter under advisement. The administrative judge will then issue a decision on the claim. The decision is typically issued within a week of the Conference.

The decision an administrative judge makes following a Conference is called an Order. The difference between a Conciliation and a Conference is that a conciliator makes a suggestion to the parties, whereas an administrative judge will issue an Order following the Conference which is binding upon the parties. For example, an Order can require an insurance company to pay an injured worker temporary total disability benefits and medical benefits. The Conference Orders are generally considered to be temporary orders because any party aggrieved by the Conference Order has the right to appeal it. Upon a timely appeal, the case will proceed to the next step in a Workers’ Compensation case, which is the impartial medical examination and a Hearing.

You Should Have an Experienced Massachusetts Workers’ Compensation Attorney

It is highly recommended that an injured worker has a workers’ compensation attorney to represent him or her at a Conference. This is because the insurance company will certainly have an attorney representing them and this will, in most cases, give the insurance company the upper hand in Court. The insurance companies’ attorneys are experienced and have argued many Conferences. They will know what to look for and what to argue in your claim to try an convince a judge not to award you benefits. Having an experienced attorney on your side will level the playing field and increase your chances of success in getting the benefits you deserve.

Have You Been Hurt on the Job? Get Legal Help Today.

Feel free to call us today at (508) 879-3500 or contact us online to schedule a free, no-obligation initial meeting and case evaluation.