Have you or a loved one been injured in a Framingham, MA, motorcycle accident? You should speak with our experienced Framingham Motorcycle Accident Lawyers. At Mahaney & Pappas, LLP, our injury lawyers understand the dangers of driving on Massachusetts' highways and roads, the applicable laws, and how to negotiate with at-fault parties' insurance companies to compensate our clients' serious injuries and damages.

Framingham, Massachusetts, is located next to the town of Natick within Middlesex County, just over 20 miles west of Boston. In 2020, Framingham's population was 72,362 making it a very dense area with a high potential for catastrophic motorcycle accidents and other serious motor vehicle crashes. To that point, Framingham is divided in half by Mass Pike which runs right through the center of the city. It is common to see family vehicles, construction vehicles, and commercial vehicles such as delivery trucks and semi-trucks on the highways, main roads, and side streets throughout the city, creating major hazards for motorcyclists who can't enjoy the safety protocols and protection these other drivers have. As mentioned, serious accidents can occur very easily in Framingham and its surrounding areas with this amount of traffic and congestion. Continue reading below to learn more about your situation and how our local injury lawyers in Framingham can help you recover from your catastrophic motorcycle accident and life-changing injuries. 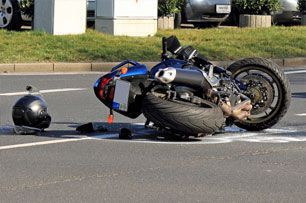 If you are a motorcycle owner and enjoy the freedom, thrill, and fun of riding your motorcycle on some of the great scenic roadways across Massachusetts, you should know some of the statistics and facts of being a motorcycle rider. Sure, going out for a ride on a beautiful morning or evening can be great, but motorcyclists should know that they are at greater risk of serious injury or even death if they are involved in an accident.

These numbers establish that motorcycle riders are at a greater risk of serious injury or death than others on the streets, roads, and highways.  Obviously, you have much less protection on a motorcycle than people in a car or truck.  Also, since motorcycles are smaller, they are most times not seen by drivers of cars on the road.  We have seen plenty of motor vehicle crash reports where people driving cars who hit a motorcyclist say that they never saw the motorcycle coming when they pulled out of a side street.

It takes skill to ride of motorcycle and a rider must always be on guard.  Hesitation on a bike or a poor decision could put you in a life-threatening situation.  One of the main causes or contributing factors to motorcycle accidents in Massachusetts is speeding.  Of course, motorcycles are built for speed and opening up a bike on the road is a great thrill.

But, speeding on a motorcycle significantly increases the risk of an accident. The NHTSA reported that 34 percent of all motorcycle riders involved in fatal crashes were speeding.  Speeding can create a significant legal issue in a claim for personal injuries following a motorcycle crash.  This is because the other vehicles insurance company will argue that the speed of the motorcycle was the main cause or a contributing factor to the accident. This will allow insurance companies to either deny a claim or reduce any possible settlement offer.

Accidents are not always caused by the motorcyclists.  The rider can be cruising along within the speed limit as cautiously as possible and can still be involved in a motorcycle accident.   In these situations it is usually the drivers of other cars or trucks on the road.  It is amazing how many times cars just pull right out in front of a motorcycle, because they just don’t see them.  Cars either directly collide with a motorcycle or cause the motorcycle to swerve out of the way and dump their bikes or crash into something else.  Either way, the motorcyclists can be seriously injured.

Some Common Injuries from Motorcycle Accidents

But, wearing a helmet doesn’t protect the rider from all injuries.  A motorcycle accident can cause the rider to either strike the other vehicle involved in the crash or fall off the bike and strike his or her head on the ground.  While the helmet does offer some protection, it does not completely protect the rider from head injury.  Motorcyclists can suffer traumatic brain injuries (TBI), concussions, or even brain damage from accidents.  This is similar to football players, who wear helmets that are at risk of these same type of head injuries.

Another common injury we see from motorcycle accidents are broken or fractured bones.  Again, since there is not much protection for a motorcyclist, he or she can be thrown from the bike onto the ground or into another obstruction, such as a guardrail or telephone pole.  The force of being thrown from a bike can result in broken legs, arms or other bones.

Road rash is another common injury we see in motorcycle crashes. Road rash is causes when the rider is either thrown or struck off of the bike and slides across the pavement.  Clothing or even protective motorcycle gear does not always protect against road rash.  Road rash can result in serious injuries including permanent scarring, nerve damage and the risk of infection.  In some serious cases of road rash the crash victim can undergo serious medical complications and medical procedures, such as skin grafts.

Insurance coverage for motorcycles are different than that of regular motor vehicles.  Insurance companies do not have to offer Personal Injury Protection (PIP) benefits on a motorcycle policy.  For this reason, motorcyclists should make sure they have adequate health insurance coverage.

Having a personal injury lawyer, who is experienced in handling motorcycle accident cases, is important.  In a lot of motorcycle crashes the insurance company for the at-fault driver will try to place some blame on the motorcycle driver in order to minimize or reduce any possible settlement offer or deny the claim entirely.

Having the right lawyer will give the motorcyclist the leverage and representation he or she needs to deal with insurance companies and negotiate the claim to obtain a proper settlement.  An experienced personal injury lawyer will be able to properly investigate, present, and argue for a fair, just and reasonable settlement.