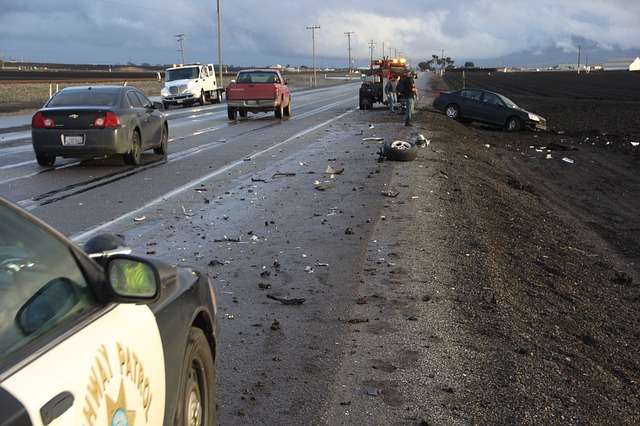 There are often multiple and various factors that come into account in determining how a car accident happened and whose fault it was.  These factors include, but are not limited to, inadequate driving technique, operating under the influence of alcohol or drugs, texting and driving, and weather conditions.  In a multiple car accident, there may be one person or multiple drivers who are liable, or at-fault. The trouble with car crashes involving multiple vehicles is that everyone involved is pointing their finger at the other driver or drivers. Consulting with an experienced personal injury lawyer can help investigate and distinguish these types of accidents to determine liability and help you receive maximum financial compensation for the injuries you sustained.

In Massachusetts, accidents involving multiple vehicles happen more often than we think. A lot of times the multi-vehicle crashes involve commercial trucking vehicles as well as passenger cars, especially on highways. Just yesterday, Fox News Boston reported on a violent, multi-vehicle crash that happened on the Massachusetts Turnpike in Hopkinton, MA. The Fox News report stated that the accident involved five vehicles: two cars, a box truck and two tractor trailers. It was reported that in that accident, one person was injured after being ejected from a vehicle during the crash. The injured person was taken to UMass Medical Center in Worcester, MA.  Also, just a couple weeks ago, Fox News Boston reported a four-vehicle crash involving a tractor trailer on the Mass Pike (I-90).

What To Do If You Are Hurt In A Multi-Vehicle Crash?

If you are injured in a multi-vehicle accident that was caused by someone else’s negligence, you have the right to file a personal injury claim. Claims for bodily injury suffered in accidents involving multiple cars, however, can be extremely complex and present complications when dealing with insurance companies.  In fact, insurance companies tend to deny claims involving multiple cars because it can be difficult to determine who caused the crash and if it’s difficult, an insurance company will most likely deny a claim.

If you have been hurt in a car accident that involved multiple vehicles, it is crucial to collect as much evidence as possible, such as photographs of the scene and witnesses’ names, their contact information. This evidence will be critical to determine who is at fault and liable for your injuries.

Pictures of the scene of the crash and the surroundings help establish the location of the vehicles after the crash, the weather and road conditions, and road signs. These factors are important to consider when determining liability and who is at-fault. If you are seriously injured and cannot take photos, you should ask someone else to take pictures for you. Likewise, if someone in your vehicle is seriously hurt in the crash, you should help and take photos for them. Pictures can help establish if a car was speeding by showing the length of skid marks and how far a car was pushed, or moved, after a crash.  Photos can also depict the debris on the street and the damage caused to the vehicles, which can be helpful in determining who hit who. In extreme crashes with serious injuries or death, photographs can be used by an accident lawyer and their experts in the investigation and reconstruction of the accident.

Witnesses Might Be Your Best Evidence After a Car Accident

Additionally, witnesses can be very helpful in determining who caused a multi-vehicle crash. They can provide a better understanding of how the accident occurred and how he or she observed the entire wreck.  When a dispute exists about who is responsible for the accident, a witness can sometimes resolve the dispute. A witness that supports your version of how the accident happened can result in an insurance company accepting liability on behalf of their insured. If your injuries prevent you from getting witness information, try and ask someone to get the names and contact information of bystanders and other drivers.

When three or more vehicles have collided, evidence collected at the scene might be what you need to pursue a successful personal injury claim.  Mahaney & Pappas, LLP has handled numerous injury cases involving multiple vehicles. We understand that these types of accidents can be difficult to determine who caused the crash. This is why we thoroughly investigate each and every claim, which involve going out to the scene ourselves and hiring experts and investigators.  Collecting evidence and properly investigating an accident can help prove liability and ensure the injured victim is properly compensated for any and all medical bills, medical expenses, lost wages, pain, and suffering.

We offer free case evaluations. So, if you have been hurt in a multiple vehicle accident in Massachusetts, give us a call at (508) 879-3500 or contact us online. See how we can help you.