The Tragedies of Drunk or Impaired Driving During the Holiday Season 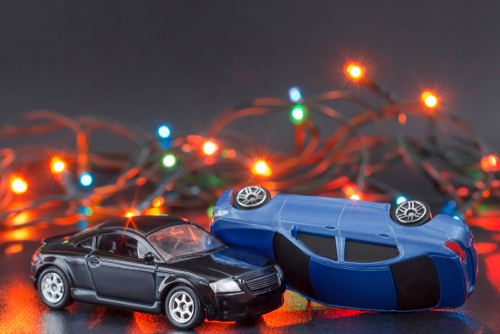 The holiday season is one of the most exciting times of the year. Who doesn't enjoy holiday parties, gifts and spending time with family and friends. Unfortunately, the holiday season also presents increased chances of being seriously or fatally injured in a car accident. Nothing could ruin the holiday season more than severe injuries or losing a loved one in a fatal crash.

At Mahaney & Pappas, LLP, we have personally witnessed the tragedies of serious motor vehicle crashes and injuries during the holidays. During this time of the year, we all would rather spend our hard-earned money on gifts for our children, spouses, significant others and family. Serious car crashes and injuries can result in very expensive medical bills and lost wages. But, you should know you have the right to be compensated for injuries and damages suffered in accidents caused by a drunk or negligent driver.

Based upon the most recent data, the National Highway Traffic Safety Administration reported that in 2017 over 37,000 victims were fatally injured in motor vehicle crashes in the United States.  This statistic included nearly 11,000 people who were killed in drunk driving accidents where a driver was said to have had a blood alcohol level of more than .08 (the legal BAC limit in Massachusetts).

Statistics also reveal that in 2016, almost 800 people died in drunk-driving accidents in the month of December. Sadly, reports also reveal that over the past 5 years, an average of 300 people died in drunk driving crashes nationally during the week between Christmas and New Year.  These drunk driving statistics show that alcohol related accident deaths make up more than one-quarter of all traffic crash fatalities.

In Massachusetts, it was reported that an average of 10% of all drivers involved in fatal car accidents between 2012 and 2016 had both alcohol and drugs in their system. The most common drug impairing drivers was said to be marijuana. Some anticipate these numbers to increase with the sale of recreational marijuana.

The Metrowest Daily News recently reported that the Executive Office of Public Safety and Security in Massachusetts is allocating additional funds to the Massachusetts State Police to try and make our roadways and highways safer. The State Police will be setting up sobriety checkpoints and increased patrols to look for drunk and impaired drivers this holiday season.

This means that there will be an increased effort and police presence to locate drunken drivers over the holidays. With recreational marijuana shops opening recently, the police will not only be looking for drunk drivers, but impaired drivers as well.

These statistics should deter all of us from getting behind the wheel after having holiday drinks this season. But, unfortunately, there are many people that don’t heed the warnings of drinking and driving. Drunk or impaired driving can turn one of the most cheerful times of the year into an absolute tragedy. If you happen to be injured by a drunk driver this holiday season, you have certain legal rights to financial compensation.

Regardless of the action taken by the police and the state, some people make poor decisions when getting behind the wheel. Poor decision by some can create a tragic situation for others. Here at Mahaney & Pappas, LLP, we notice an increase in drunk driving crashes and injuries during the holidays. If you are seriously injured by a drunk driver this holiday season or a loved one is fatally injured, you should understand that you have certain legal rights available.

If you are hurt in a car accident in Massachusetts, you have the legal right to seek financial compensation for your injuries. Being seriously injured in a car accident can become a very expensive and financially burdensome situation. The cost of medical treatment can be very expensive. Things only get worse when your injuries prevent you from working and earing money. At that point, you have bills constantly showing up in the mail and no paychecks to help cover the cost of your treatment. We see it all the time and there are is no time worse for this to happen than during the holidays.

You shouldn't be burdened with the financial responsibility of paying for the expensive costs of medical treatment and other damages caused by a drunk or negligent driver, especially during the holidays. In Massachusetts, people injured in a crash caused by someone else have the right to file a personal injury claim to recover compensation for medical expenses and any missed time at work and lost earnings.

Auto insurance companies, however, don’t make it easy for injured people to get the money they deserve. Sadly, they regularly use tactics to either deny personal injury claims or try to minimize the amount of money an injured person deserves. Insurance companies often raise complicated legal issues to try and prevent people from getting full and fair compensation. So, what can you do if you find yourself in this type of situation?

First off, we always recommend that you make sure you know your legal rights. You should educate yourself on the personal injury claim process in Massachusetts. One of the most crucial things is knowing what to do right after being injured in a car accident. We have provided information on the Three Important Steps to take Immediately After a Car Accident. This is a great start to making sure you are protecting your right to receive fair compensation for your damages. Additionally, our free book You Were in a Car Accident: How to Maximize Your Settlement has a lot of great information to educate you on how to make sure you protect yourself to get the compensation you deserve . These materials are very helpful and will inform you on what to do and what not to do so you and your loved ones are in the position to get what you deserve after being seriously injured in a crash.

After educating yourself, you should consult with an experienced Massachusetts car accident attorney. An experienced personal injury lawyer can help you take the right legal steps in protecting your rights to financial compensation. The insurance companies have trained professionals on their side. After being injured in a car accident, you should make sure you have an experienced professional on your side too to take on the insurance companies and make sure you get what you deserve.

If you have been injured in a car, truck or motorcycle accident, we are here to help and fight to get you the financial compensation you and your family deserve. We understand the stress of being injured and can help guide you through the personal injury claim process and take the immediate action needed on your case. If you, or a loved one, has been injured in an accident, please contact us online or call (508) 879-3500 to schedule a free case evaluation.