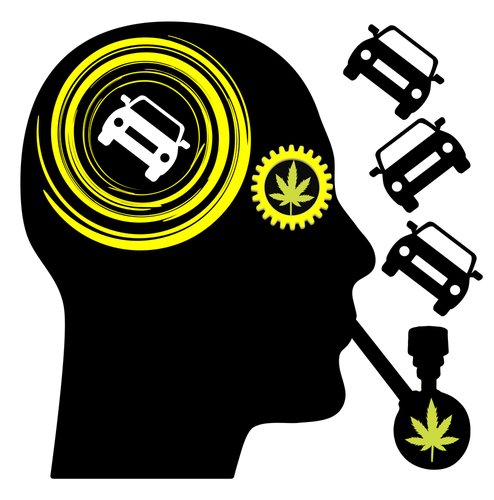 Impaired driving is where the operator of a motor vehicle has a diminished or decreased capacity to safely operate their vehicle. There are many substances, both legal and illegal, that can impair a driver’s ability to operate a vehicle. We all know how dangerous drinking and driving is and how it increases the risks of a crash and injuries. This is because alcohol impairs our driving abilities. What is less known and researched is how narcotics or drugs effect driving.

Drug-impaired driving is becoming a major concern and contributing factor to car crashes and serious injuries. This has prompted more recent research and concern over the risks of drug-impaired driving. When someone is injured in an accident caused by another driver’s drug-impaired operation, the injured individual may be entitled to financial compensation. It must be proven, however, that other driver was negligent before receiving financial compensation for injuries.

This trend towards legalizing the use of marijuana has been met with different opinions. One opinion that I believe we all share is against the use of marijuana when driving a vehicle. The Centers for Disease Control and Prevention (CDC) has provided some alarming statistics about marijuana/drug use and motor vehicle accidents, such as:

Operating a motor vehicle takes skill, coordination and perception. We all know how alcohol affects the abilities to safely drive a car, but what is less known is how drugs, including marijuana, impacts a driver’s capabilities.

Narcotics, such as marijuana, opioids and other drugs, can affect our motor skills and abilities to operate a car. The main and active ingredient in marijuana is tetrahydrocannabinol or THC. This chemical compound found in cannabis is the primary psychoactive component. It interacts with receptors in the brain and body to create various effects. These effects include medical benefits and recreational benefits.  Whatever an individual’s reason for using marijuana, one adverse effect is how it impacts our abilities to drive. Research of marijuana and THC has established how marijuana can slow reaction times and our decision-making abilities. Marijuana has also been shown to impair a driver’s coordination, motor skills and perception.

Research has established that drugs, including marijuana, can affect our abilities to drive. The NHTSA has conducted studies that found marijuana users are more likely to be involved in crashes.

The Issues of Drug-Impaired Driving and Personal Injury Cases

Motor vehicle accidents are very stressful events. The stress is compounded when you are seriously injured in a car crash resulting in a significant impact on your life. The impact can be physically, emotionally and financially.

In Massachusetts, if you are injured in a motor vehicle accident you may be entitled to financial compensation. In order to recover compensation, however, you must prove another driver or person caused the accident. The standard used to prove fault is negligence. Negligence is the failure to exercise the standard of care that a reasonably prudent person would have exercised in a similar situation. Regarding car accidents, every driver on the roadways has a duty to operate their vehicle in a safe and reasonable manner. A driver that breaches this duty will be held responsible for the accident and injuries caused.

Proving who’s at fault can sometimes be difficult in a motor vehicle accident. Initially, the adjusters that work for the auto insurance companies will generally determine fault. The will evaluate the facts of the accident and review police reports, speak with witnesses and look at photographs. In some situations, they accept that their driver was at fault, but in others they may deny a bodily injury claim asserting that their driver was not at fault. If a claim is denied, the injured person has a right to file a personal injury lawsuit.

The facts and circumstances of how the accident happened are crucial in proving fault. As stated above, since drugs, such as marijuana, can affect the abilities of a driver to safely operate a car, the other driver’s operation must be closely scrutinized in an accident case. A driver that swerves into another lane, dangerously pulls out into traffic or doesn’t react in time to other vehicle or traffic signals may be deemed negligent. These erratic maneuvers may be the result of drug-impaired driving.

If you have been seriously injured in a motor vehicle accident and you suspect the other driver that caused the crash was under the influence of a drug or marijuana, you should speak with an experienced Massachusetts personal injury attorney. Prompt investigation into an accident is very important and generally reveals certain facts that can be helpful in proving negligence. That is why anyone injured in an accident shouldn’t delay in speaking with an accident lawyer.

Injured in an Accident? Speak with an Experienced Framingham Car Accident Lawyer

Injury claims from car accidents can present complex legal issues. Therefore, if you have been injured in a car accident, you should speak with an experienced personal injury attorney in Massachusetts.

Mahaney & Pappas, LLP has over 40 years of combined experience representing individuals, who have been seriously injured in auto accidents. Feel free to contact us online or call us at (508) 879-3500 to discuss your accident and injuries. We will explain what your legal rights are, answer your questions and show you how we can help secure the financial compensation you deserve.