Who’s at fault for a back-into car accident or a crash while in reverse?

A back-into crash, or a car accident while reversing, occurs when a driver going in reverse strikes or makes contact with something behind the vehicle. While the damage in a collision between two cars may be minimal, injuries can be severe if the backing car strikes an unprotected pedestrian. Since the driver in reverse may not realize that something is in the way until they hit it, they may not apply the brakes or take any action to avoid a collision.

Even at relatively low speeds, accidents caused by a driver going in reverse can be deadly. In a back-into crash, the car stops shortly after making contact with the victim. In back-over accidents, the vehicle continues to move after the impact, potentially running over a victim’s arm or leg or trapping them beneath the vehicle. Either type of collision is hazardous for the person behind the car, who could suffer severe or even fatal injuries. 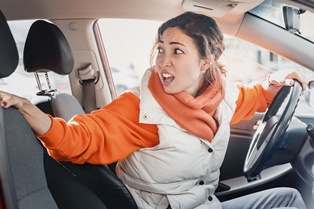 Children Are the Most Common Victims of Back-Into Crashes

While bicyclists and pedestrians are occasionally struck by cars going in reverse, children under the age of two are the most common victims. As many as 50 children are backed over every week nationwide, often by members of their own families.

How Do Back-Into Accidents Happen?

In most cases, the person in control of the car going in reverse is responsible for the accident. However, a victim could share liability for reckless behavior such as walking in traffic or lying down in a vehicle’s path. Under Massachusetts’ comparative negligence law, you could still get payment through a personal injury lawsuit if you are partially at fault, but your damages will be reduced.

If you or someone you love suffered serious injuries by a car going in reverse, the attorneys at Mahaney & Pappas, LLP are here to help. Please get in touch with us, or call 508-879-3500 to schedule your complimentary case evaluation. You can also learn more about your rights in our free guide, What You Can Do to Get a Full and Fair Settlement After a Car Accident.