A Construction Worker Was Injured on the Job in Natick, MA. There may be Two Separate Injury Claims. 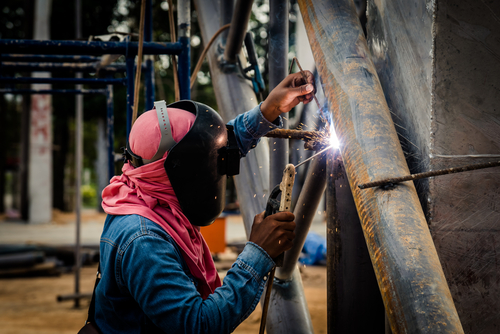 It was recently reported that a construction worker in Natick, Massachusetts fell from a height of 15 to 18 feet suffering serious head and arm injuries. The injuries were serious enough that he required immediate transport to a Boston area hospital. According to the report, workers were welding metal stringers for a new stairway when the metal stairway gave way and struck an extendable unit on which the worker was standing.  The matter has been referred to the Department of Public Safety for their review.

A unique situation presents itself here. In circumstances similar to the reported story above, one of the first legal issues to determine is whether there is third party liability. It should be obvious that a worker injured on the job will be covered by workers compensation regardless of fault in Massachusetts. But, if the injury was caused by the negligence of someone other than the injured person’s employer, then the third party may be held liable for the injuries and losses caused. Any third party negligence claim would be in addition to the claim for workers’ compensation.

What is a typical case of third party liability in a workers compensation scenario?  Let’s say your job requires you to drive and while on the job you are involved in a motor vehicle accident that is not your fault.  You can file a workers compensation claim for benefits as well as file a personal injury claim or lawsuit against the motorist that caused the accident.  In a case we have now, a negligent driver, unrelated to the construction project, was driving through the work zone and struck and severely injured our client, who was working on the construction project. Aside from collecting weekly disability benefits and receiving medical benefits, the negligent driver is being sued for causing the injuries.

With the fall that occurred in Natick, you might have a number of individuals or companies involved in the construction of that metal stairway. With large projects there is almost always a general contractor who brings in subcontractors for specific work. There could be many contractors and subcontractors working at a construction site at any one time. If the injured worker is a subcontractor they should look at whether the general contractor is somehow to blame. There could be a company hired for safety that could be at fault. You should look to other subcontractors, architects, engineers or even the property owner that may have caused the injuries. The point is, you may be barred from suing your employer by the laws in Massachusetts, but that does not mean you are barred from pursuing an action against a negligent third party.

The Benefits of a Third Party Negligence Claim

An injured worker must not forget that the workers’ compensation insurance company will have an automatic lien on the third party negligence claim or lawsuit. For a detailed explanation check out our article on Workers’ Compensation Liens on Third Party Personal Injury Cases.

What Should An Injured Worker Do After A Work Accident?

While there are many things and injured worker or his or her family should do after a work accident, I will address some of the important steps to consider right away. An injured worker should seek medical attention and report the accident to their employer immediatley after the work accident. In addition, right after the work accident is the critical time to investigate. You want to know all parties that were involved in the construction project where the employee was injured. You should investigate any local or state filings submitted and/or permits obtained. You want to know who was there and what their particular responsibilities were.  Here the Department of Public Safety is involved.  OSHA could also take part in the investigation.  Their findings will be critical in determining whether a third party or parties are responsible.

So now you know that if you have been hurt on the job and the accident was caused by a third party, you may have more than just a workers compensation claim in Massachusetts. You can pursue a third party personal injury claim against the person, who caused the accident. A very important decision you can make right away is to seek advice from an experienced personal injury attorney.

Mahaney & Pappas, LLP has represented numerous employees hurt on the job get the compensation they deserve from both workers compensation and from the negligent third party. We offer free, no-obligation initial meetings and case evaluations. All you have to do is call (508) 879-3500 or contact us online. Call today to see how we can help you.