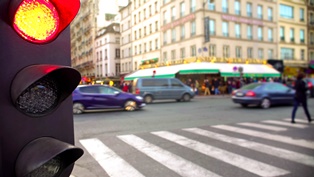 Intersections have traffic lights and stop signs for a reason. Without them, Massachusetts junctions would be free-for-alls with accidents happening all the time.

Unfortunately, some drivers choose to ignore these safety signals and cause catastrophic, high-speed crashes at intersections across the Commonwealth.

In this article, we discuss your right to compensation when a negligent driver causes a collision by running a red light at an intersection.

Red-Light Fatalities Are at a Ten-Year High

According to the AAA Foundation for Traffic Safety (AAA), 2017 was the deadliest year nationwide for red-light running accidents in over ten years. Its study of intersection accidents revealed a 28 percent increase between 2012 and 2017 in deaths.

The AAA Foundation doesn't offer an explanation for the increase in red-light fatalities, but its Traffic Safety Culture survey found that while 85 percent of drivers believe it's very dangerous to run a red light, 33 percent admit to having done so in the previous 30 days.

Intersection accidents are so deadly because motorists are usually traveling at high rates of speed when they run red lights and stop signs. Innocent drivers, passengers, pedestrians, and cyclists aren’t expecting to be hit because they're obeying traffic laws as they pass through the intersection. In the resulting head-on, rear-end, and T-bone collisions, victims often sustain the following serious injuries:

These injuries can lead to permanent disabilities that require expensive, life-long medical care. If your attorney can prove that the driver who ran a red light and hit you was at least 50 percent responsible for the crash, you should be able to collect the following damages:

While the insurance company for the negligent driver might offer you a quick settlement if he or she was clearly at fault, it likely won't be for the maximum amount to which you're entitled. A savvy Massachusetts attorney can make sure you get the maximum possible compensation.

Despite our own efforts to drive safely, we can’t control the actions of other people. It's particularly important to proceed with caution through intersections. AAA advises motorists to do the following as they approach:

Get the Help You Need From Experienced Personal Injury Attorneys

If you were seriously hurt in a car crash caused by a negligent driver running a red light or stop sign, the best way to find out how much you should be compensated for is to speak with an experienced Massachusetts personal injury attorney.

The lawyers at Mahaney & Pappas, LLP will review the circumstances of your crash and determine the best course of action for pursuing damages. We'll fight to protect your rights as an injured victim and get the settlement you deserve. Fill out the contact form on this page or call our Framingham office to speak to someone today about your accident. We're here to help you recover!