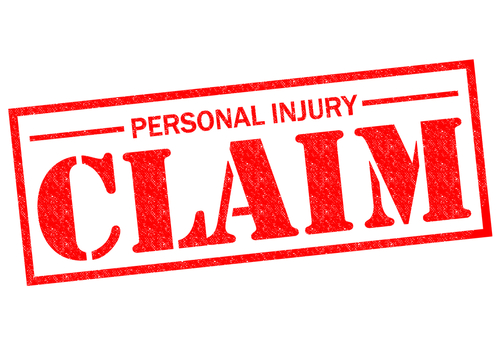 Car accidents are very stressful events. Accidents are made worse when they cause serious injuries and result in medical bills and missed time at work. Aside from the damage to your vehicle, being without a car, doctor’s appointments, medical bills arriving in the mail and missing work, dealing with the insurance companies after a crash only adds to the stress and confusion.

A lot of times after a motor vehicle accident in Massachusetts, accident victims don’t know where to turn. Many of them get advice from family members and friends. One thing that accident victims should be cautious about is any advice or suggestions from the other driver’s insurance company. Although they may sound sympathetic to your situation and helpful, in reality they are looking out for the auto insurance company’s best interests. Here’s an example of a recent accident case we handled that shows why you should be caution when dealing with insurance companies.

Summary of the Accident and Injuries

In October a woman was driving her car in Southborough, Massachusetts. While she was driving down a side street, another driver tried to make a right-hand turn onto the same road and crashed into the driver’s side of the woman’s vehicle. The accident caused significant damage to the woman’s car and the police arrived at the accident scene.

The woman felt pain in her chest right after the accident but refused an offer by the police to be transported to the emergency room by ambulance. Later that day, she went to a local urgent care facility. At the urgent care, x-rays were taken of her chest. The x-rays revealed a slight fracture in the woman’s sternum. The only medical advice given to this woman was to rest and follow up with her primary care physician.

This woman did follow up with her primary care doctor. Her doctor confirmed the fracture in her sternum and advised the woman to rest and avoid any strenuous activity.

The Dealings with the Insurance Company

After the crash, this woman received numerous calls from the other driver’s auto insurance company. The adjuster calling form the insurance company was very nice and appeared very concerned for this woman. The injured woman had not ever been hurt in a car accident before, so she wasn’t sure what to do. She explained that the adjuster told her that this was a minor accident and that she didn’t need a personal injury lawyer.

Over the next few weeks, the adjuster continued to follow up with this woman by phone. He was seeking a treatment update from her. When she explained that she was feeling better and did not plan to go back to her doctor, the adjuster told her that it was probably time to begin discussing settlement of her bodily injury claim. The woman had no experience with car accidents or bodily injury claims, so she was intrigued by the possibility of receiving money for her injuries.

The adjuster offered her $1,500 in full settlement of her personal injury claim from the accident. She thought the offer was low and explained that to the adjuster. The adjuster explained that the accident was minor, and she didn’t really treat for her injuries. He continued to tell her that all she did was go to urgent care and her primary care physician and that the $1,500 was more than reasonable.

In the end, we were able to settle her case for $9,000. While this may not seem like a substantial amount of money.  It is six times the amount the insurance company was willing to pay her.

The Moral of the Story

Sometimes, accident victims are in a vulnerable place after being hurt in a crash. They often receive calls from the other driver’s insurance company who may appear to be there to help and may offer them money soon after an accident. They may even tell accident victims that they don’t need a personal injury attorney.

When this happens, accident victims may forget that auto insurance companies are businesses and businesses are driven by profits. The adjusters are agents for the insurance companies. Their job is to pay as little as possible on claims, including bodily injury claims. As in the example above, the adjusters may try to convince you that your accident was minor or that you don’t deserve any more that what they are offering. Accident victims should be wary of insurance adjusters claims or advice. Especially when they tell you not to hire a personal injury attorney. Why? Because they are hoping they can pay you much less than what your claim may actually be worth.

So, do yourself a favor. If you’ve been injured in a car accident, you should speak with an experienced Massachusetts personal injury attorney. An experienced lawyer will review your matter and advise you on the fair value of your accident case. Most attorneys offer free case evaluations with no obligation to hire them.

That’s what we do here at Mahaney & Pappas, LLP. We will sit down with you and review the facts of the accident and your injuries and treatment. At our meeting we will explain to you what your legal rights and options are and then you can make a more educated decisions regarding your injury claim.