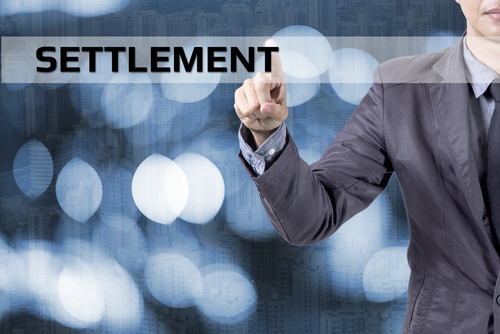 Most car accident injury claims in Massachusetts are resolved by way of a settlement before they ever make it to court or to a trial. Auto insurance companies have an obligation to make a reasonable and prompt offer of settlement. What is determined reasonable and prompt will vary from case to case. Once you reach a settlement with the insurance company, the agreement is reduced to writing.

Overview of a Release and Settlement Agreement in Injury Cases

An agreement to settle a personal injury claim that arises from a car accident is always put in writing and signed by the party or parties involved. A Release is a legal document that is considered a contract. Its general components include the names of the parties involved, including the auto insurance company; the date and location of the accident; the amount of money that is being agreed to be paid and accepted; and, a statement that the injured party or plaintiff releases the defendant or at-fault party.

In Massachusetts, if you have been injured in a motor vehicle accident as a result of another driver’s negligence, you have the right to be compensated for your injuries, damages and losses. Many personal injury claims from car crashes end up being settled before a lawsuit is ever filed. As stated above, in order to settle a claim, a Release or Settlement Agreement must be drafted and signed. You should, however, understand when to settle and the ramifications of signing these documents.

If you were injured in an accident, you should not agree to settle your claim or sign a Release or Settlement Agreement until your medical treatment is virtually complete and your medical condition and injuries are stable. If your injuries and medical condition become worse after signing a Release or Settlement Agreement, you cannot go back to the insurance company later or sue for more money. Thus, you should wait to settle your claim until all your damages and losses are reasonably ascertainable and until your injuries have resolved. Settling before then may result in not receiving the full compensation for all of your injuries and losses. Of course, you should always be aware of the statute of limitations, which is a deadline that a lawsuit must be filed by. If you wait until after the statute of limitations has run, you will be barred from filing a lawsuit.

For example, our office recently received a call from an individual who was injured in a car accident in Framingham, Massachusetts. She handled her own claim and had already received a payment in settlement of their injury claim from the insurance company and signed a Release. After receiving the payment, she began experiencing complications from her injuries and is back in treatment. She wanted to know if she could seek additional compensation. The general answer is no, because she signed the Release releasing the other driver and their auto insurance company from any further responsibility regarding the car accident and her injuries.

Essentially, signing a Release or Settlement Agreement will forever close out your claim for compensation.

What if the Insurance Company Refuses to Offer More Money?

In most personal injury claims, the parties will usually reach a stale mate with settlement negotiations. This is where the auto insurance company offers an amount of money to compensate the injured person for their injuries, but the injured party feels they deserve more. So, what can you do if the auto insurance company refuses to increase their offer?

If you feel the auto insurance company is not offering you what you deserve for your injuries, you have the right to file a personal injury lawsuit. In some situations, filing a lawsuit will result in obtaining more money in a settlement.  For example, we represented a man who was rear-ended in Marlborough, Massachusetts and seriously injured.  The auto insurance company offered $90,000 before a lawsuit was filed. This offer was rejected, and a personal injury lawsuit was filed. After extensive litigation, the case was settled for $300,000 before trial. But this is not always the case.

Where an offer is made before filing a lawsuit, filing suit will not always result in an increased offer from the insurance company. In those cases, you would have to take your case to a jury trial in hopes of convincing a jury to award you more money or accept the highest offer the insurance company is making. There are always risks with jury trials, so each case must be evaluated on their specific facts, strengths and weaknesses. Sometimes, there are advantages to settling a claim before filing suit or proceeding to a jury trial. Filing a lawsuit generally results in increased litigation and court costs and expenses. Additionally, filing a lawsuit will result in the other driver being represented by a defense attorney. The defense attorney may find weaknesses in your case that the insurance claims adjuster was not aware of or overlooked. Also, lawsuits in Massachusetts can take a while. Some can take years to get to a jury trial or a final settlement. This often results in a lot of stressful litigation.

However, in some situations filing a lawsuit is inevitable, such as where the insurance company denies liability and offers nothing or offers an unreasonably low amount. In those cases, you must file a lawsuit to seek compensation if it is determined that the other driver was at-fault and caused your injuries.