When someone makes the decision to get behind the wheel of a car after drinking excessively, they know they are taking a big risk. Their ability to drive the vehicle safely is severely compromised by the alcohol in their system, and they could end up causing an accident that leaves someone seriously injured—or dead. If you or a loved one is the victim 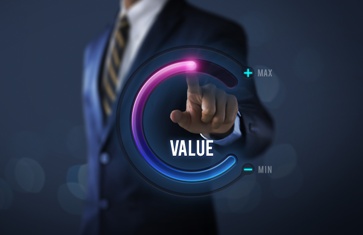 of such a decision, you want to hold that driver accountable for their actions, and justifiably so.

As personal injury attorneys, we help victims of drunk drivers determine the value of their losses and demand compensation from the driver’s insurance company that makes up for those losses—as much as that is possible. Find out what factors come into play when we try to determine what a drunk driving accident victim’s claim is worth.

Drunk Driving Crashes Can Cause Catastrophic Injuries and Death

These injuries can lead to permanent disabilities that require life-long medical care. It is vital that the extent of the injury is fully understood before making a demand for compensation, which sometimes means waiting until maximum medical improvement is reached before valuing a claim.

Damages That May Be Awarded in a Drunk Driving Crash

Medical bills are not the only damages a car accident victim will experience. The goal of compensation after an accident caused by a negligent driver is to make you whole again. In other words, the negligent driver is responsible for restoring what has been lost. Potential damages include the following:

A personal injury attorney with experience helping victims of drunk drivers will be able to determine what your claim should be worth and will provide evidence to back up the demand for damages.

You Can Count on Mahaney & Pappas to Get What You Deserve

Massachusetts is a no-fault car accident state, but that doesn’t mean you can’t hold a drunk driver accountable for your losses. If you prove the driver was negligent—a DUI is a pretty clear indication of negligence—and you incurred at least $2,000 worth of reasonable medical expenses or suffered injuries resulting in permanent disfigurement or disability, you can expect compensation from the drunk driver’s insurance company. Call our Framingham office to schedule a free consultation to discuss your case and, in the meantime, download a complimentary copy of our book, You Were in a Car Accident: How to Maximize Your Settlement, to learn more.