How can I hold a drunk hit-and-run driver accountable for damages? 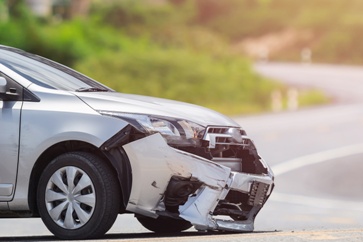 If the driver who caused the crash that left you injured fled the scene of the accident, it might not make much difference whether he was drunk or sober. If he can’t be located, he can’t be held liable for the damages he caused. And that’s probably the very reason he ran.

Most Hit and Run Drivers Are Probably Drunk

Guilty people run—right? And in the case of a motor vehicle crash, if a driver had been drinking and knows he will be charged with a DUI if he is caught, he is very likely going to take off to save his own skin. That is if he is capable of thinking through the potential consequences of his actions. Another possibility is that the driver was so drunk, he didn’t even know he was in an accident, especially if he hit a pedestrian.

Drunk drivers are responsible for over one-third of all fatal car crashes every year. Because alcohol slows a driver’s responses, makes them drowsy and inattentive, and impairs their judgment, they are far more likely to cause a crash than a sober driver. There are severe criminal consequences for driving under the influence of alcohol in Massachusetts, so many drivers will do whatever it takes to avoid being caught—including fleeing the scene of a crash.

If your medical costs exceed your personal injury protection (PIP) coverage and you can’t file a claim against the at-fault driver’s insurance company, you can turn to your uninsured motorist coverage if you have it. As a last resort, your health insurance policy should cover your medical expenses. However, you should not have to navigate this maze on your own. If you were seriously injured by a hit-and-run driver, contact the personal injury team at Mahaney & Pappas as soon as possible. We will communicate with the police on your behalf to see if the at-fault driver can be caught, and we will get to work exploring your coverage options. The at-fault driver may have been drunk, and he may have gotten away, but we will be by your side to help you get the care you need. Fill out our contact form on this page or call us to find out what we can do for you.