Was the Person Who Caused Your Accident Driving Recklessly? 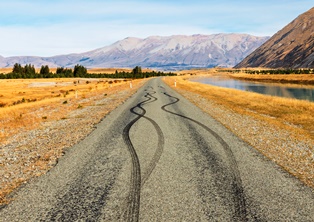 In some states, reckless driving is a criminal offense that's charged when a driver commits a specific traffic violation or exceeds a certain speed. However, in the Commonwealth of Massachusetts, reckless driving is open to interpretation. As a misdemeanor criminal offense, it can be charged when an officer determines the driver operated their vehicle in a manner that was likely to result in death or serious injury to another person, and that they failed to appreciate the risk caused by their driving. It's often charged in addition to offenses such as speeding or drunk driving.

If you're injured in an accident caused by a reckless driver, you'll have a strong claim for damages.

Under the definition in Massachusetts, reckless driving is more about a person's intention than the law they broke. If the individual displays a wanton disregard for the consequences of their unsafe driving, they could be charged with reckless driving. The following actions may incur a charge of reckless driving on top of other traffic violations:

As the victim of a reckless driver, you can sue who caused your crash if you incurred at least $2,000 in reasonable medical expenses, and/or your injuries resulted in permanent and serious disfigurement, fractured bones, or substantial loss of hearing or sight. Otherwise, under Massachusetts’ no-fault laws, your insurance company would cover your expenses.

How a Car Accident Attorney Can Help

If you were seriously injured or a loved one was killed in a crash caused by a reckless driver, there should be no question of fault, and they should be held accountable. However, even with a conviction on reckless driving charges, the insurance company for the person at fault will do all it can to avoid paying on your claim.

Fight fire with fire by hiring the experienced car accident attorneys at Mahaney & Pappas. We'll build a strong claim that includes the driver’s criminal conviction on reckless driving charges to get you the compensation you deserve.