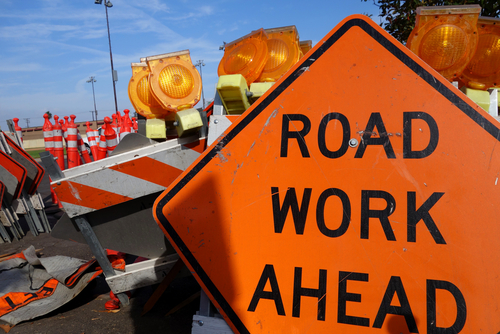 It seems like there is work being done on almost every roadway in Massachusetts, especially on our major highways, such as I-93, the Mass Pike, I-95 (128), and 495. With the tolls having come down on the Mass Pike, there is work being performed at the old toll sites. There are orange barrels and signs warning drivers about the work zones and to slow down. Despite the signs and warnings, there continue to be numerous work zone accidents.

If a worker is injured in a work zone or constructions zone on the highway or other roadway, he or she may be entitled to workers’ compensation in Massachusetts as well have a possible third party personal injury claim.

The U.S. Department of Transportation, Federal Highway Administration’s most recent statistics regarding work zone fatalities come from 2013 and 2014. It was reported that there were nearly 68,000 work zone crashes nationwide in 2013. One-quarter of these crashes resulted in injuries and less than one percent resulted in death. In 2014, the US DOT reported 669 fatal work zone crashes.

Workers’ Compensation for Workers Injured in a Work Zone Crash

Reports indicated that more than 20,000 workers are injured in road construction work zones each year across the country, some of which are traffic related. Studies have shown an increase in the amount of work zone injuries. If an employee is injured while on the job in a work zone accident in Massachusetts, he or she is entitled to workers’ compensation benefits. In Massachusetts, employers are required to carry workers’ compensation insurance for their employees. This mandate is in place so injured workers may receive certain benefits if they are injured on the job. The workers’ compensation benefits for injured employees, include disability benefits and medical benefits.

Disability benefits are available to qualifying employees, whose injuries prevent them from working to earn money. The disability benefits offer a wage replacement, but only up to a certain percentage of the injured employee’s average weekly wage.

Medical benefits are available from the workers’ compensation insurance policy to cover the cost and expenses of medical treatment for the work related injury. These benefits will cover the total cost of all reasonable and necessary treatment, which means the injured worker should not have to pay any medical costs.

If an employee working in a work zone on a highway or roadway in Massachusetts is involved in an accident and injured, then they are entitled to these, and other, workers’ compensation benefits. This is true even if the accident was caused by the worker himself or an unrelated party, for instance a car driving through the work zone.

If an employee is working in a work zone on a highway in Massachusetts and is struck by a vehicle that was negligently driving through the work zone, he or she can pursue a personal injury claim or lawsuit against the negligent driver. These motor vehicle crashes are more common than one would think. In fact, vehicle crashes were reported as the second most common cause of worker fatalities in work zones in the United States.

Mahaney & Pappas, LLP has represented numerous employees hurt on the job get the compensation they deserve from both workers compensation and from the negligent third party that is legally responsible for causing the worker’s injuries. Call us at (508) 879-3500 or contact us online to schedule your free, no-obligation meeting and case evaluation. At our meeting we can explain the rights you have as an employee hurt on the job and answer all of your questions.