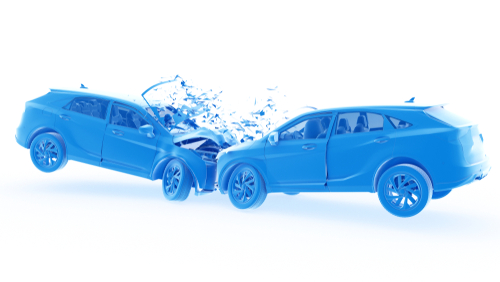 The headlines are alarming:

And these are only a few of the head-on collisions that have occurred since the start of 2022.

Understanding Why Head On Collisions Are Incredibly Dangerous

We’ve all seen news photos of damage to motor vehicles involved in head on collisions. The damage resulting from head-on crashes to both body and property are devastating. Why this happens is the product of basics physics. The amount of damage a vehicle sustains in a head-on collision is determined by the energy (the speed plus weight) your vehicle has at the moment of impact.

The total force of impact in a collision between two motor vehicles is determined by the direction both vehicles are traveling and the point at which they collide. It’s basic physics that if both vehicles are moving at a great rate of speed towards each other, their combined energy will result in an incredible amount of damage on impact. Therefore, head on collisions are incredibly dangerous and often result in severe bodily injury and loss of life.

When two motor vehicles collide head on, surprisingly the motor vehicle with less moving energy will take the brunt of the crash. For example, a slower moving car will be affected more that a faster moving car in a head on collision. Likewise, a lighter motor vehicle will be affected more than a heavier motor vehicle. Imagine a tractor trailer colliding head on with a smaller passenger car. When there is a considerable difference between the weight and/or speed of the two colliding vehicles, the lighter vehicle may be enforced backwards or completely crushed.

How To Minimize the Severity of Head On Collisions

There are somethings that can be done to minimize the force on impact with a head-on collision.  You may have only seconds to react but anything you can do to reduce your speed will lessen the severity of the impact. If you can’t reduce your speed, turn away from the oncoming motor vehicle, by running into a ditch, another object, bushes, crash barriers, buildings, or anything that avoids the force on impact from the head on collision. If you can turn your motor vehicle in a manner that causes you to hit side-on as opposed to head-on that could also lessen the severity of the impact.

No matter what you do to attempt to minimize a head on collision or how many high-tech safety systems your vehicle may have, nothing does more to reduce death and injury as effectively as using your seat belt.  It really is the ultimate in terms of safety devices in a motor vehicle crash.  Your seat belt is designed to keep you in position to get the full benefit of an airbag deployment.

Many times, unfortunately, regardless of what actions we make to try to minimize the impact of a head on crash, they almost always produce devastating results. Two vehicles colliding head-on at 40mph each is the equivalent of one vehicle driving straight into a brick wall. Exceptions aside, side collisions, commonly known as T-bone collisions, are usually less severe in terms of injury to body and property because the two colliding motor vehicles are not moving towards each other, therefore, the point of force on impact is reduced

The most severe injuries our Framingham accident lawyers have seen are from the result of head on collisions. Not only are the physical injuries overwhelming but the medical bills associated with these injuries can be astronomical.  After having spent months in hospitals and rehabilitation centers, with injuries ranging from spinal injuries, head trauma, to fractured limbs, the medical bills can climb well over $500,000.00 with some clients having had medical bills close to and in excess of $1,000.000.00.  That doesn’t even consider lost wages, lost earning capacity, permanent disabilities, impairments and so on.

Head on collisions are serious car crashes that not only lead to serious catastrophic injuries but wrongful death in many cases. Families of accident victims who lose their life due to severe injuries in these types of accidents need an experienced wrongful death lawyer who can secure large settlement to recover the compensation victims and their loved ones deserve. Our Framingham accident legal team has the experience and skills to help accident victims recover the money they deserve after being seriously injured or worse in a head on crash.

Sadly, billing and collection companies don’t stop because your loved one is laid up in a hosipital fighting for their life. We interviewed a young man in a Worcester rehabilitation center who was recovering from injuries suffered in a head on collision in Southbridge, Massachusetts. When we met with this young man, we were handed a stack of bills that were already submitted to the collection companies. While he was going through therapy to be able walk, threatening letters from collection companies were being received daily. If the worst comes, then these actions are directed at the victim's family.

When you’re faced with a wrongful death of a loved one and seemingly insurmountable medical bills, you need a law firm experienced in dealing with such catastrophic situations. Our Framingham wrongful death attorneys have years of experience in helping clients by addressing outstanding medical bills, coordinating benefits with the multiple insurance companies, stopping collection companies, and even significantly reducing the amount of medical bills and more that are ultimately owed in catastrophic accidents. Most importantly, we have proven results and know how to secure compensation for our clients from the negligent driver’s auto insurance carrier.