An Early Morning Crash in Worcester, MA Claims the Life of a Young Woman 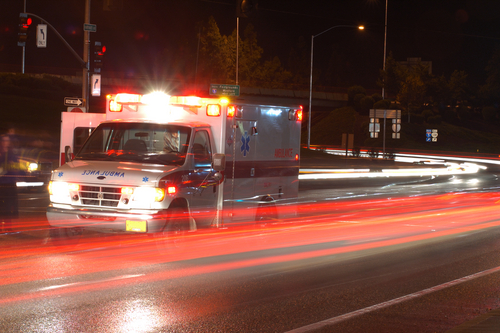 The truck driver wasn’t injured in the crash, but the two passengers in the car were trapped inside the vehicle along with the driver. The Worcester Fire Department was able to extricate the three occupants from the car and transported them all to UMass Memorial Medical Center. Unfortunately, the female driver was pronounced dead at the hospital. The crash remains under investigation.

Investigation of a Motor Vehicle Crash

In an accident similar to the one reported above, the investigation into the crash is critical when evaluating the accident for a personal injury claim. Whether it is the fatally injured driver or her passengers, in a personal injury claim in Massachusetts, the injured party has the burden of proving that another person was negligent in order to successfully recover financial compensation for the damages and injuries suffered in the accident.

An immediate and legally-focused investigation into the facts and circumstances of the accident is very important. Obtaining evidence, such as witness information and statements and photographs of the accident scene and the vehicles involved, is crucial for determining fault in a motor vehicle crash. The more time that passes from the accident can result in difficulty obtaining the necessary evidence needed to determine how the accident occurred. Witnesses can become harder to locate and they may forget specific facts about the crash. Also, physical evidence may be lost with time. For example, skid marks on the road may fade and vehicles may be repaired. This may cause issues later if an accident attorney hires an accident reconstruction expert. The physical evidence is essential for an expert to reconstruct the accident in order to determine how the crash happened.  An immediate investigation may considerably increase the chances of proving your case and securing the financial compensation you deserve for your injuries.

In the reported crash, the fatally injured woman driving her car rear-ended the truck car carrier. A general presumption is that the driver who rear-ended the car in front is at fault. But, this is not always the case. There may be certain circumstances of the crash that relieve the driver in the back from liability and place liability on the car in front. For example, a driver may miss his or her exit or turn on the highway or road and slow down suddenly, causing the vehicle behind to collide with his or her vehicle. Or, a car’s brake lights may not be functioning properly to warn drivers behind that the car is slowing or stopping. In these situations, the driver who is rear-ended may likely be considered negligent. These examples are why an immediate and detailed investigation is needed into every crash.

If the driver who rear-ended the car in front had passengers and the driver was determined to have been negligent and the cause of the crash, the passengers may have personal injury claims against the driver. Generally, a passenger is presumed to have done nothing wrong to cause or contribute to the crash. In that case, an injured passenger may seek financial compensation from the insurance company that insured the vehicle the negligent driver operated. But, sometimes, personal injury claims by passengers can present complicated legal and insurance issues. Thus, a passenger injured in a car crash should consult with an experienced personal injury attorney.

Injured in a Crash? Consult an Experienced Car Accident Lawyer

The Framingham personal injury attorneys at Mahaney & Pappas, LLP specialize in helping people hurt in accidents get the financial compensation they deserve. If you have questions about an accident case, feel free to contact us online or call us at 508-879-3500. We are happy to evaluate your accident, answer your questions, and explain how we may help secure the financial compensation you deserve.