About Wrongful Death Cases in Massachusetts 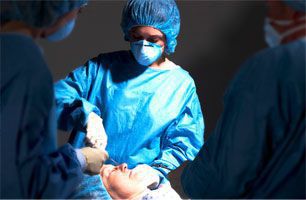 A wrongful death case is a type of personal injury case where someone loses their life as a result of another person’s negligence, recklessness, or intentional act.  While we all hope that something like this never happens, the fact is that fatal car accidents are common.  For instance, the Insurance Institute for Highway Safety reported that there were 30,057 fatal motor vehicle crashes in the United States in 2013, in which 32,719 deaths occurred.  In Massachusetts, the Executive Office of Public Safety and Security reported that there were 108,937 total motor vehicle crashes in Massachusetts in 2012, of which 349 ended with a fatality. That is nearly one death from a car accident per day in Massachusetts.

Our office has represented several families, who have lost a loved one in a car crash in Massachusetts and understand that families are often struck with disbelief and heartache and have numerous questions about what they can do.  Some families don’t have life insurance or do not have enough life insurance and are extremely concerned about how they are going to continue providing for and raising a family with the loss of a spouse, parent, or significant other. They don’t know if or how to pursue financial compensation for the loss of their loved one.

Chuck Pappas and Joe Mahaney have worked together with families in Massachusetts to pursue and obtain financial compensation in a wrongful death case.  The family member of the deceased, such as the spouse, parent, or child, can file a lawsuit seeking compensation for the loss of their family member.

There is a specific statute in Massachusetts that covers wrongful death claims and cases.  Chapter 229 § 2 of the Massachusetts General Laws provides, in part: “A person who (1) by his negligence causes the death of a person…shall be liable in damages in the amount of (1) the fair monetary value of the decedent to the persons entitled to receive the damages recovered, as provided in section one, including but not limited to compensation for the loss of the reasonably expected net income, services, protection, care, assistance, society, companionship, comfort, guidance, counsel, and advice of the decedent to the persons entitled to the damages recovered; (2) the reasonable funeral and burial expenses of the decedent…”  This is the law that these types of cases are pursued under.

Who Is Responsible in a Wrongful Death Case in Massachusetts?

Just like in other types of personal injury cases, in a wrongful death lawsuit, you must be able to prove that the accident and resulting death was caused by someone else's negligence, carelessness or recklessness.  This issue is known as “liability”.  The survivor(s) of the deceased victim can pursue their claim for wrongful death, similar to a claim under the legal theory of negligence. Negligence is a type of tort, which is a civil wrong that causes another party to suffer harm or loss that imposes legal liability on the person committing the wrongful act.  More plainly stated, negligence is an act that breaches a duty owed to others. In Massachusetts, negligence is a civil cause of action on which a claim or lawsuit may be filed for monetary damages to compensate the injured party.  So, if someone is killed in a car accident in Massachusetts because of someone else’s carelessness, a wrongful death case can be filed against that other person claiming that he or she was the cause of the victim's death.

Damages in a Wrongful Death Case

Once liability is established, then you address the issue of financial compensation for the damages the negligent party caused.  In a civil lawsuit, the person filing the lawsuit is asking a court to order the wrongdoer or negligent party to pay compensation for the damage the wrongdoer caused. As you can see from the section of the statute above, there are several types of damages a family can seek in a wrongful death lawsuit. For example, if a spouse died in a car accident, you can pursue an award of damages for the lost income and financial support the spouse would have provided had he or she remained alive. In addition to economic damages, you can pursue damages for pain and suffering, loss of companionship or affection for the spouse and children of the deceased person, and loss of consortium (sexual relationship) for the spouse.

Massachusetts law allows the survivors of a deceased person up to three (3) years of the date of death to file a wrongful death lawsuit. Three years may seem like a long time, but days, months, and years pass quickly, and sometimes evidence could be lost or intentionally destroyed, making it more difficult to prove your case in court. Don’t delay.

While we know that money will not replace your loved one, we can help you seek the financial compensation your family deserves in a wrongful death case. Contact us or call (508) 879-3500 to speak with us about your case.