Complex Issues for Car Accidents that Cause Injuries to Passengers 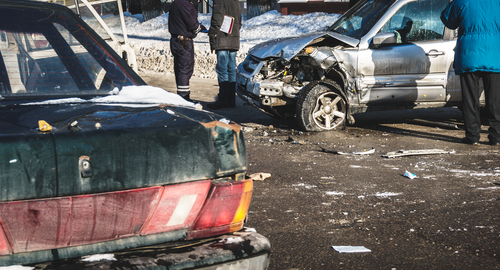 A serious car accident can be a very traumatic event. It can be stressful for everyone involved, but sometimes it can be even more terrifying for a passenger. As a passenger, you have no control of what is happening. That lack of control together with the tense and stressful moments just before a crash can be extremely frightening.

Personal Injury Claim for a Passenger Hurt in a Crash

As with standard injury claims that arise from a car crash in Massachusetts, the injured party must prove that someone else was negligent and caused the accident and resulting injuries. This issue of liability is generally easier for a passenger injured in an accident. This is because the passenger usually has done nothing wrong to cause or contribute to the crash. Whereas a driver can sometimes be found responsible, wholly or in part, for the crash. Therefore, an auto insurance company cannot use one of their favorite insurance tactics and place blame on the passenger in hopes of denying a claim or reducing the amount of any compensation paid to injured person.

Passenger of the Hit Car

A client of ours was seriously injured in a car accident while she was a passenger. The accident happened in Framingham, Massachusetts, when another vehicle rear-ended the car. In that case, we recovered financial compensation for our client from the insurance company that insured the other vehicle.

Passenger of the Car that Hit Another

As you can see from the above examples, when a passenger is injured in a crash, it depends on how the accident happened in order to determine which insurance company the claim will be filed with.

The Amount of Insurance Coverage is Also Important

Injured as a Passenger? Consult an Experienced Car Accident Lawyer

As you can see, personal injury claims from car accidents often present complex insurance issues. Sometimes these issues can be even more complicated for an injured passenger. This is why if you have been injured in a car accident while a passenger in a car, you should speak with an experienced personal injury attorney in Massachusetts.

If you have questions about an accident case, feel free to contact us online or call us at (508) 879-3500. We are happy to discuss these matters with you, answer your questions and help secure the financial compensation you deserve.