Should A Car Accident Victim Give A Recorded Statement To The Insurance Company? 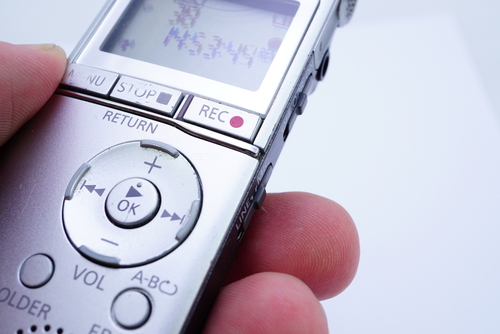 Giving a recorded statement to the other vehicle's insurance company can be harmful to a personal injury claim. It can result in a denial of the claim or a reduction of any possible settlement amount.

Overview of the Insurance Companies Involved After a Car Crash

In a two car accident, there are typically two insurance companies involved, one for each vehicle. Occasionally, an accident victim may be dealing with only one insurance company, because both vehicles could have the same auto insurance carrier.

If the injured person was driving his or her car at the time of the crash, he or she will notify their insurance company of the crash and injuries. The injured person’s insurance company carries Personal Injury Protection benefits that covers the payments for a certain amount of medical bills, a percentage of any lost wages and other benefits. So, they should be notified about the accident and injuries immediately.

This article will focus on whether a recorded statement should be given to the other driver’s insurance company and the risks and consequences of giving one.

What is a Recorded Statement?

Insurance companies almost always want to get a statement from an injured person right after a car accident. The statement sought from the injured person is his or her version and recollection of how the accident happened and a description of their injuries. They also want to record the statement so it is memorialized and documented. In this day and age, most insurance companies are high-tech, especially with the amount of money they have, and are capable of recording these statements right over the phone using computer programs and software that save a digital copy of the statement to their computer database or server.

Should You Give a Recorded Statement?

The general answer to this question is NO. As stated above, the other driver’s insurance company will most definitely want to get a recorded statement from the accident victim. The adjusters that work for the insurance companies are required by their employer and supervisors to seek and get a recorded statement. These adjusters are also trained on how to get a person to give a statement and how to take the statement. But, why do they want it so bad?

They often claim the reason they want a recorded statement is so they can learn about how the accident happened and about the accident victim’s injuries. In reality, they are trying to obtain information “on record” from the injured person in an attempt to use it against him or her in an effort to justify a denial of the claim for personal injuries or to reduce any possible settlement amount.

Insurance Companies Want a Statement to Try and Deny Claims

Remember, in order to be successful in a personal injury claim, including injuries suffered in a car accident, the other driver must be found to have been negligent. If the injured party is deemed to have been negligent or at-fault for the accident it can be detrimental to or seriously delay a claim. A recorded statement given to an insurance company could provide them with information that will allow them to deny the claim for personal injuries and contend that they have a good faith basis for their denial. Even if a claim is denied, a lawsuit may be filed, but this will significantly delay any possible settlement.

Alternatively, if they can’t completely blame the injured party, the other driver’s insurance adjuster hopes to get the accident victim to say something on the recorded statement that can be used against him or her to claim that the accident victim was, at least, partially at fault for causing the accident. This will allow that insurance company to try and reduce any settlement by the percentage of contributory negligence they attribute to the accident victim. For example, if, during the recorded statement, the insurance adjuster gets the injured person to say that he or she was looking down at their navigation or radio at the time of the accident, they may claim that he or she was partially at fault because, if they were not looking down, maybe the accident could have been avoided.

After a car accident that results in personal injuries, insurance companies need to investigate the facts and circumstances of the crash. Usually, there is plenty of information available to the insurance company and their adjusters in order for them to make a determination as to who caused the accident.

Depending on the severity and circumstances of the crash, there is typically a police report or motor vehicle crash report prepared and issued by the responding police officers. The report will normally contain the officer’s opinion about how the accident happened and who caused it. Sometimes, there are witnesses to the accident that the insurance companies are free to contact to learn about how the accident happened. The witnesses, if any, are usually documented in any police or crash reports. Also, an insurance company can speak with their own insured, driver or other occupants of their car to gain information about the accident.

So, don’t feel or believe that the insurance company cannot get any information about the accident from anywhere else and needs your statement.

If you have been injured in a car accident, truck accident or motorcycle accident in Massachusetts and the other car’s insurance company is trying to get a recorded statement from you, you should speak with an experienced car accident attorney first. A personal injury lawyer can protect your rights and protect you from the other car’s insurance company. Insurance companies always try to call and speak with an injured person right away after an accident in hopes that they can get a statement before the accident victim speaks with or retains an attorney. Don’t let this happen to you.

Mahaney & Pappas, LLP has years of experience and has successfully represented countless accident victims, who were seriously injured in motor vehicle accidents in Massachusetts. To schedule a free meeting where we can answer your questions and review your case, please call (508) 879-3500 or contact us online. We are more than happy to sit down with you and explain your legal rights after being hurt in a car accident.