How Much Is A Neck Injury From A Motor Vehicle Accident Worth? 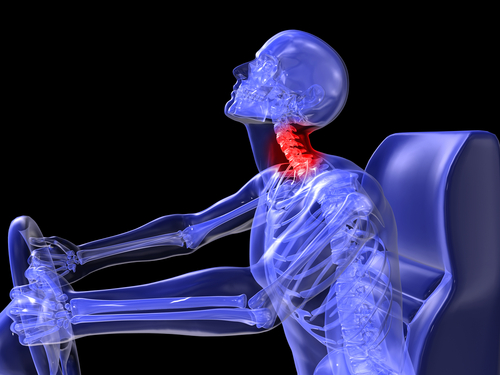 When we meet with potential clients, who have been injured in a motor vehicle accident, they often wonder what their case is worth. Since neck injuries are very common occurrences in car accidents, this article will focus on the range of cervical injuries and how they are valued in an accident case in Massachusetts. I will also set forth some examples of car accident cases that caused neck injuries and their settlements to show how the value of neck injury cases vary.

Valuing an injury claim means estimating as best as we can what an injury may be worth. It is, basically, making the best guess as to what an award of money damages might be by either a jury verdict or settlement. I have previously written a more detailed summary on what an accident case is worth and how to estimate the value of a personal injury claim. However, keep in mind that estimating the potential recovery with any degree of accuracy is quite difficult. This is because in a lawsuit it is up to a jury to determine the amount of compensation. Juries are very unpredictable, which is why a lot of personal injury cases settle as opposed to risking the uncertainties of trial.

In general, a personal injury claim is valued by determining the amount of damages an accident victim sustained in a motor vehicle accident to approximate the amount of compensation they should receive. Common damages sustained from a car crash include the total amount of medical bills incurred for treatment related to the injury, any lost wages or loss of earning capacity from the injuries, and the pain and suffering the accident victim experienced from the accident and injuries. Estimating pain and suffering is usually based on previous awards in similar past cases. Every case and every jury is different, which means that pain and suffering damages vary. Additionally, the severity of the injury, any permanent impairment that results, and the amount of any future medical treatment needed are other factors that must be considered in valuing an injury claim.

So, if a person incurred $10,000 in medical bills, suffered $3,000 in lost wages, you would begin estimating the value of the case by adding the medical bills and lost wages together and then need to estimate what the pain and suffering is worth as well as any permanent or partial disability and the possible cost of future treatment.

Now, don’t forget that in order to recover any financial compensation for an injury suffered in a car accident you must first be able to prove the other driver was negligent or at fault. The amount of damages will be reduced by the percentage of comparative/contributory negligence attributed to the accident victim (or plaintiff). A plaintiff will be completely precluded from receiving any compensation if he or she is determined to be 51% or more at fault for the accident.

When it comes to neck injuries, there are many distinctive factors that must be examined in order to accurately value the claim or case. Here are a few:

The Nature and Severity of the Neck Injury

Neck injuries often range from minor cervical strains to more severe neck fractures. Generally, the more severe the injury, the greater the insurance settlement or jury verdict. For example, bone fractures, such as a cervical vertebrae fracture, are usually valued higher than soft tissue injuries like a neck strain.

Typically, a more severe neck injury, like a large herniated disc in the cervical region of the spine, will require more medical treatment and a higher amount of medical bills. Furthermore, serious neck injuries can sometimes result in permanent injuries that will last a life-time. These factors significantly increase the potential value of a personal injury case whereas minor neck strains may only require limited treatment.

For instance, the pain, suffering and complications of a severe neck injury, like a neck fracture or herniated disc, are much greater, which often results to an increased estimate of financial compensation. When someone suffers a serious neck injury, he or she may not be able to work for quite a while. This will increase the lost wages the accident victim will suffer. In contrast, a neck strain or whiplash injury may still be painful, but the accident victim may only miss a couple days of work, which results in only a limited amount of lost wages.

In addition, preexisting neck injuries will play a factor in determining the value of a case. Sometimes, the damages will be reduced because it may be established that the negligent party was not entirely responsible for all of the plaintiff's pain and suffering. In other situations, if an accident victim was already rendered disabled due to a prior neck injury, the value of a personal injury claim for a subsequent neck injury will be discounted.

The Extent of Medical Treatment Must Also be Considered

As stated above, generally personal injury cases are valued based upon the nature and cost of the medical treatment an injury requires. A more serious neck injury that requires a spinal fusion or other type of neck surgery will result in larger medical bills and, in turn, a larger settlement. In less serious cases, where the neck injury is less severe, such as a neck strain, the medical bills will be much less. This generally results in a much lower settlement.

Also, the amount of pain and suffering will be greater for a more serious neck injury that requires surgical intervention and extensive therapy as opposed to a neck strain that may only require limited physical therapy or chiropractic treatment. Insurance companies will also put more value on a personal injury claim where the plaintiff or accident victim treated with a physician, such as an orthopedic surgeon or neurosurgeon, as opposed to a physical therapist or chiropractor. The type of medical professional will sometimes dictate how an insurance company values a claim.

To establish some context, we have a case now where our client was involved in a rear-end car crash and suffered a severely herniated disc at C5-C6 that compressed the nerve root in his cervical spine. This caused very painful cervical radiculopathy and required a neck surgery called an “anterior cervical discectomy (removal of the herniated disc) and fusion with allograft interbody bone cage and local autogenous bone graft”. The cost of this surgical procedure was greater than $33,000. In comparison, another client of ours sustained a cervical strain that resulted in only 8 weeks of physical therapy. The cost of physical therapy in that case was a bit over $7,000. Obviously, the individual’s case, who underwent the neck surgery, is valued much higher than the individual who suffered a neck strain.

Here are some examples of settlements of personal injury cases where the plaintiffs suffered neck injuries to compare and contrast:

In 2011 a woman was rear-ended at a stop sign. Although the crash was deemed to be a low-impact collision, the woman suffered a disc protrusion and multi-level neural foraminal stenosis. She underwent a microdiscectomy surgery, epidural steroid injections, pain management and extensive physical therapy. The approximate cost of her medical treatment was $160,000. In addition, she sustained lost wages and loss of earning capacity due to her continued pain and suffering. This case settled for $650,000.

A young man was involved in a multi-vehicle car crash in 2014. As a result of the crash, he was diagnosed with a C4-C5 disk herniation that slightly compressed his spinal cord. He underwent a cervical discectomy and a neck fusion. While liability was heavily contested by the defendant and his insurance company, this case ended up settling for $550,000.

In 2010, a young man was involved in a commercial truck accident in Salem, Massachusetts. He came to a stop at a red light and was rear-ended by a commercial tow truck. He suffered a slightly herniated disk in his neck and underwent a conservative course of physical therapy. He also sustained a soft tissue back injury. His total medical bills were just over $15,000. This case settled for $50,000.

A woman suffered a cervical strain in a t-bone car accident in Milford, Massachusetts. She was transported to an emergency room by ambulance and was diagnosed with a cervical strain and discharged. The injury was painful and she treated with a chiropractor and a physical therapist for approximately 10 weeks. Prior to filing a lawsuit, her case was settled for $9,000.

As you can see, neck injury cases can vary greatly depending on the severity of the injury and extent of medical treatment. Trying to estimate the value of a personal injury claim is no easy task. Of course, it is easier once treatment has concluded and the total medical bills and lost wages can be calculated. But, even then it is still difficult. For these reasons, it is best for an experienced personal injury attorney to evaluate your case and neck injury to provide you with the best legal advice and approximate value of your case.

Have You Injured Your Neck in an Accident in Massachusetts? Contact Our Framingham Personal Injury Attorneys Today.

If you, or someone you know, has been injured in an accident in Massachusetts feel free to call us at (508) 879-3500 or contact us online. We will take the time to evaluate your case and explain to you what your legal rights are.

For answers to many questions and other great information on how to get the best possible settlement in your accident case, get a copy of our book: You Were in a Car Accident: How to Maximize Your Settlement. This book will provide you with information to help maximize your accident settlement. Best of all, it’s free.