Overview of Dealing with Insurance Adjusters After an Accident in Massachusetts 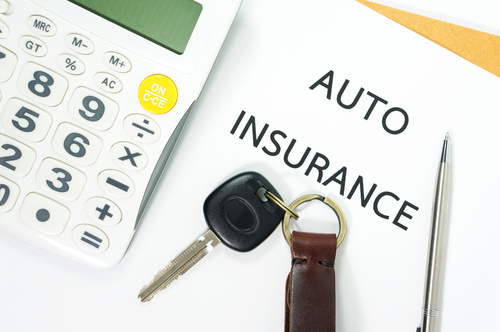 Being injured in a car accident is not something we ever anticipate when we wake up in the morning or head out during the day. We are usually just focused on getting the kids to school, getting to work on time, or going out for an enjoyable evening with family and friends. This is why most people don’t know exactly how to deal with insurance adjusters after a car crash.

If you are seriously injured in an accident you will most likely be dealing with your personal injuries, damage to your car and medical bills and appointments. These are things we can usually expect.

As mentioned above, undoubtedly, after a car accident you will be receiving calls and letters from insurance companies. The question is: Should I talk to them? and, if so, Which one do I talk to?

For example, your insurance coverage carries personal injury protection (PIP) benefits that will cover up to $8,000 in benefits for medical bills (or $2,000 in medical bills if you have private health insurance) and 75 percent of lost wages. Because of this, you should cooperate with your auto insurance company.

The Other Driver’s Auto Insurance Company

The other driver’s insurance adjuster will need to determine who was responsible for the accident. Remember, if their driver was negligent and caused the accident and your injuries, they will be responsible to pay for your damages. So, when they try to call you soon after the accident, they are attempting to gather information that they can later use against you to minimize your injuries or how much they may need to pay.

For example, the insurance adjuster may want to get your version of how the accident happened. When doing this, they hope to get you to say something they can later use to argue that you were comparatively negligent and contributed to the accident. If they are successful in getting you to say something that they can use to blame you for the crash or for contributing to the accident, they may deny your claim entirely or try to reduce the amount of money they may need to pay you.

For these reasons, it’s never a good idea to speak with an adjuster from the other driver’s auto insurance company or give a statement soon after the accident.

Luckily, this woman made the right decision and didn’t speak with either until she first consulted with a personal injury attorney. Therefore, if you are in an accident and both insurance companies are the same and you are not sure which one to talk to, you should speak with an experienced personal injury lawyer first.

Before speaking with the other driver’s auto insurance adjuster, you should be aware of some important guidelines to follow. Below are a few tips, which can be the difference between getting a settlement you deserve or nothing at all:

Do Not Discuss Your Injuries to Insurance Adjusters

The other driver’s insurance adjuster will most likely want to know the details of your injuries. You should not discuss your injuries or treatment with them. If you do and you leave out important information or details, they will try to use that against you later. Or, if you later discover that your injuries are more serious, the insurance company may argue that you never complained of those injuries before when you spoke to them. They will try to use this to reduce any amount they may be required to pay.

Only Provide Limited Information as Necessary to Insurance Adjusters

Even if you refuse to submit to a recorded statement, the insurance adjuster will still want to get information about how the accident happened and about your injuries. If you do speak with them, you should only provide them with very basic information. For example, you can give them your name and address. You can also tell them where the accident happened, who else was either in your vehicle or involved in the accident and whether the police were called to the scene. If they push for more details about how the crash happened or your injures, simply tell them that you prefer to provide that information at a later date. In the meantime, you should speak with a car accident lawyer before providing the insurance company with other details.

Never Settle Your Claim Early After an Accident

In some cases, the other driver is clearly at fault for causing the accident and your injuries. In these circumstances, the other driver’s insurance company may try to settle your case early on. Don’t be tempted by the offer of settlement money at that stage. They often offer a settlement early in the claim because they know that your claim may be worth much more in the future or if you hire an injury attorney. Instead, explain to them that you are not comfortable discussing a settlement so early after your accident. Then you should consult with an experienced lawyer who can properly advise you about the value of your personal injury claim.

Of course, there are many other things to consider before ever deciding to speak with the other drivers’ auto insurance company. The above tips are only a few things to think about. It is always highly recommended to consult with an experienced injury lawyer first.