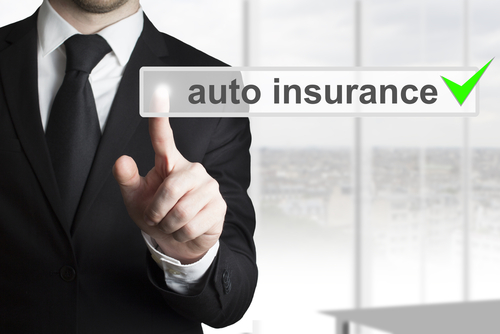 Massachusetts has a large population of residents for a relatively small state. It is very busy with a number of major highways and other heavily traveled roadways. I’m sure we have all sat in the morning or evening rush hour traffic on I-93, the Mass Pike or I-95 (128). On top of this, Massachusetts is a hot spot for tourists, which increases the amount of vehicles on our roads. While this is great for the economy, it increases the probability of being involved in a motor vehicle accident. In fact, in 2014, the Executive Office of Public Safety and Security reported nearly 125,000 car crashes with over 4,000 serious injuries and over 300 fatalities.

Being injured in a car crash can be extremely stressful. Serious injuries can result in very expensive medical bills, missed time from work resulting in lost income, and pain and suffering. Accident victims sometimes think that if their injuries are severe, they will, at least, be compensated from a car accident settlement with a large sum of money. This is, however, not the case in a lot of accidents. One major reason is that the insurance policy limits are not enough to compensate the accident victim.

Our laws require vehicles to be insured. Parts of the Massachusetts auto insurance policy that are compulsory (required) are for Bodily Injury to Others, Personal Injury Protection, and Uninsured Motorist Coverage. This means that if you are hurt in a car accident that was caused by a negligent, carless driver, then, assuming the other car had insurance, there is insurance money available for the injuries and losses you suffered.

So, you may be thinking, if the law requires vehicles to be insured, if I’m hurt in a car accident then there is insurance money to compensate me for my losses. While this may be an accurate statement, the more important inquiry is: How Much Insurance Is There?

The Importance of Auto Insurance Limits

It is not enough that the other vehicle that crashed into you and injured you has insurance. How much insurance coverage the other car has is the more important question. This is because an auto insurance company is only responsible for any damages or losses their insured caused up to the limits of the insurance policy. In other words, an insurance company will not pay more than the policy limits.

Bodily Injury to Others

Currently, in Massachusetts, the minimum legal requirement for bodily injury to other is $20,000 per person, $40,000 per accident. Our office sees this minimum coverage very often in accident cases. This is probably because a lot of people disregard the limits and choose the cheapest auto insurance policy. So, how does this impact you if you are injured in a car accident? Here is an example:

Example: Our office recently handled a case where a young mother was injured in a car accident. This woman suffered a head injury, a rotator cuff injury and various back injuries. At the conclusion of her treatment, her bills totaled over $20,000. She also missed 6 weeks of work, which resulted in a loss of over $3,800 of income. The negligent driver that caused the accident only had the state minimum bodily injury insurance of $20,000/$40,000. This means that the other driver’s insurance did not have enough coverage to compensate our client for her injuries.

As you can see, if being injured in a car accident isn’t bad enough, finding out that the other driver doesn’t have enough insurance to cover your damages and losses makes matters so much worse. See the Underinsured Motorist Coverage section below to find out how to cover yourself so you don’t end up in the same situation.

Our state laws, however, only require a minimum amount of Uninsured Coverage. Currently, the minimum required Uninsured Coverage is $20,000/$40,000. How can this impact your injury claim? Let’s look at an example:

Example: We represented a young man, who was hurt in a hit and run car accident in Boston. He suffered a fractured distal radius that required open reduction internal fixation surgery. There were witnesses that saw the crash, but could not identify the driver or the vehicle that took off. Therefore, we pursued an Uninsured Motorist Claim. The problem was that our client only had the state minimum Uninsured coverage of $20,000/$40,000. His medical bills alone were over $30,000. This means that his own insurance wasn’t enough to cover his damages.

In situations like the above example, innocent accident victims may not end up getting the full and fair compensation they deserve for their injuries. This is why it is extremely important to review your auto insurance policy to make sure you have enough coverage for yourself.

While the portions of the Massachusetts auto insurance policy discussed above are compulsory, Underinsured Motorist Coverage is optional. This means that you are not required to purchase and carry it. Underinsured coverage, however, can be very important for you. Underinsured motorist coverage is available for an accident victim if the other negligent driver doesn’t have enough insurance. The Underinsured coverage will come from your own insurance company. Let’s look at an example to get a better understanding of how this works:

Example: A woman was injured in a major car accident that resulted in a serious knee injury that required surgery and extensive therapy. This crash and knee injury resulted in a permanent impairment of her lower extremity. Her medical bills totaled over $35,000 and she lost wages of approximately $30,000. The problem was that the insurance policy for the car that caused the accident only carried the state minimum of $20,000/$40,000. Luckily, our client purchased and carried Underinsured Motorist Coverage of $100,000. So, once we recovered the $20,000 from the other car’s insurance carrier, our client then had up to $80,000 ($100,000-$20,000) of available insurance coverage from her own insurance company. (Don’t forget the $20,000 from the other insurance company is deducted from your Underinsured limits).

This is why Underinsured coverage is very important. It may be the difference between getting the money you deserve for your injuries and getting nothing or not much at all.

Typically, increasing the limits and purchasing the optional underinsured coverage is relatively affordable in comparison to the potential financial hardship and loss of being seriously hurt in a car accident and not having enough insurance coverage to compensate you. You should speak with your insurance agent about your limits and the cost of increasing them.

If you have any questions about insurance coverage or an accident case in Massachusetts, feel free to contact us online or call us at (508) 879-3500. We are happy to discuss these matters with you and helping secure the financial compensation you deserve.