When might punitive damages be awarded in Massachusetts’ personal injury cases? 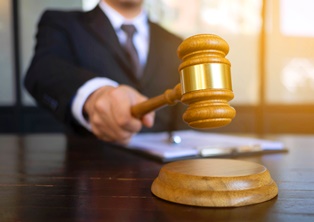 Punitive damages are designed to punish an individual or company for egregious actions that caused harm to another person. In some states, they're awarded when the at-fault party acted deliberately and knowingly to cause injury or death.

For example, extremely drunk drivers may be made to pay punitive damages when they cause an accident. However, in Massachusetts, punitive damages are only available in certain and specific wrongful death cases.

The Difference Between Compensatory and Punitive Damages

If you're injured in a motor vehicle crash, slip and fall, collapsed balcony, or construction site accident, you can hold the liable party responsible for compensatory damages. That means the at-fault party—or, more likely, their insurance company—can be ordered to pay for your lost wages, medical expenses, and pain and suffering to compensate for what you've lost. However, in Massachusetts, the at-fault party cannot be made to pay punitive damages unless the following has occurred:

Gross negligence is generally considered to be behavior that demonstrates a clear disregard for the safety of others and a level of recklessness that goes beyond simply being careless. It's a standard that's open to jury interpretation. Justifying the need for punitive damages requires presenting evidence of the defendant’s gross negligence. The jury also determines the amount of punitive damages to be awarded. Given that the intent is to punish the person or corporation that caused the wrongful death, these awards can be substantial.

If you lost a loved one in a preventable accident caused by another’s gross negligence, your wrongful death attorney will argue for punitive damages at trial. They'll gather evidence of the defendant’s willful misconduct and present a strong case for the need for further punishment. At Mahaney & Pappas, LLP, we fight for the family members of accident victims. Contact us to schedule a free case evaluation today.