How do passengers cause distracted-driving crashes? 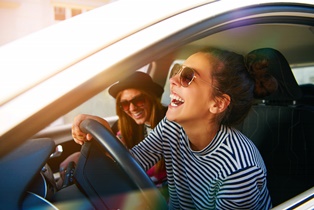 Many people who swear they're never guilty of distracted driving because they don’t text and drive, eat food out of their laps, or fix their makeup in the rearview mirror, may be surprised to learn that they actually do engage in a serious driving distraction on a regular basis.

According to a study published in 2010 by the National Highway Traffic Safety Administration (NHTSA), more than half of distracted-driving crashes are caused by conversations with passengers.

Be Aware of Passenger Distractions

According to NHTSA, between 2005 and 2007, 57 percent of distracted driving crashes were caused by talking to a passenger—while using a cell phone only caused 12 percent of crashes, and focusing on objects or technology in the car caused 11 percent of crashes. While cell phone use has probably increased since this study was conducted, it’s not likely that conversations with passengers have decreased.

Clearly, you can’t avoid driving with passengers in your car, but you should be aware of how they're drawing your attention from the task of safe travel. Enforcing order in your vehicle isn't just for your safety—it also protects your passengers and others on the road.

Was Your Crash Caused by a Distracted Driver?

If you were seriously injured in a crash caused by a motorist who had passengers in their car, you might be able to prove their distracted driving caused the crash. Call our Framingham, Massachusetts office to schedule a free consultation. We'll lay out a plan for getting the compensation you deserve.