Whose insurance covers a collision with a parked car?

It happens every day. Someone walks out of a grocery store and discovers their car has a dent, a missing mirror, or even a broken window. They look around, but the responsible party is nowhere in sight—and there’s no note on the windshield. If this happens to you, learn what to do and how to get compensation for your property damage. 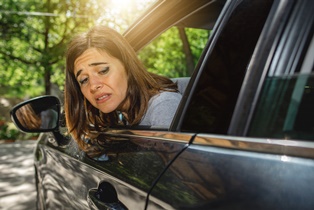 Steps to Take if Someone Hits Your Parked Car

If the person who damaged your car left a note, call them, and get their insurance details. You should then contact your own car insurance provider to report the incident and give them the name and information given to you. Your insurer will not want to cover damage caused by someone else, so they will either pay for the damage and seek reimbursement from the at-fault driver or walk you through the process of filing an insurance claim under someone else’s policy.

If the at-Fault Party Left No Note

Will My Insurance Company Pay for the Damage?

If the other driver cannot be found, your own insurer can be called on to cover the damages. You should report the incident to your insurance company as soon as possible, so they can get the claims process started. The overall cost of the accident will depend on many factors.

What Factors Into the Cost of the Crash

Your insurer should honor its commitment to you and pay your claim quickly and completely for an accident that was not your fault. If you’re struggling to get fair compensation, our law firm offers no-obligation consultations and represents you on a contingency fee basis.