Mahaney & Pappas, LLP, recently wrapped up a case in which a client was severely injured on the job. She received a $125,000 lump sum workers' comp settlement with the help of Framingham workers' compensation attorney Chuck Pappas.

Overview of the Work Accident 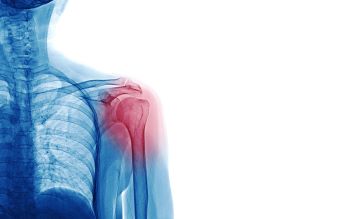 In this claim, a manager at a restaurant located in Millbury, Massachusetts, slipped and fell in the kitchen area of the restaurant. This worker fell on her right side and injured her right shoulder and neck. She was taken to the emergency department of a hospital in Worcester, Massachusetts. X-rays were taken of this worker’s shoulder and were negative for any fractures or breaks in her bones. The emergency room doctors were concerned about the ligament and tendons in her shoulder and advised her to seek an evaluation with an orthopedic surgeon.

Summary of the Injured Worker’s Treatment

She then came under the care of an orthopedic surgeon specializing in shoulder injuries. The orthopedic surgeon ordered an MRI of this worker’s right shoulder. The MRI revealed a full-thickness rupture of the supraspinatous and infraspinatus tendons – these are the rotator cuff tendons. The surgeon recommended operative repair. Thus, this worker had a rotator cuff repair surgery. Shortly after the surgery, she began another course of physical therapy.

A few months into physical therapy, this worker continued to have impairments and pain in her shoulder. Another MRI was ordered and performed, which revealed a re-tear of her rotator cuff, a SLAP tear (where the cartilage is torn in the inner part of your shoulder joint) as well as a possible bicep rupture. A second surgery was then recommended, which was referred to as a rotator cuff revision repair operation.

Unfortunately, this revision repair surgery was unsuccessful. The injured employee then sought the opinion of another orthopedic surgeon. After additional evaluations and diagnostic tests, the new orthopedic surgeon recommended a reverse shoulder arthroplasty This procedure is essentially a total shoulder replacement. Following this surgical procedure, the injured worker then continued with physical therapy.

The Process of this Workers’ Compensation Claim

The workers’ compensation insurance company initially paid the employee temporary total disability benefits (§34 benefits) without prejudice from this injured worker’s first day of disability. The insurer, however, modified the disability payment to temporary partial disability benefits less than two months after the work accident even though this worker was unable to return to work.

That is when this worker hired Massachusetts injury attorney, Chuck Pappas. Attorney Pappas filed an Employee’s Claim for Benefits seeking payment of §34 benefits from the date of modification of her benefits. Prior to a conciliation, Attorney Pappas was able to reach an agreement where the workers’ compensation insurer agreed to pay the employee total disability (§34) benefits.

After this injured worker’s second surgery, the insurance company filed an Insurer’s Complaint for Discontinuance. At a Conference before an administrative judge at the Massachusetts Department of Industrial Accidents, Attorney Pappas was successful in obtaining a denial of the insurer’s Complaint.

Then, after the injured worker’s fourth shoulder surgery and her surgeon releasing her to light duty, the insurer filed another Complaint. This Complaint, however, sought a modification of the disability benefits to partial disability. Before this Complaint came before a judge, Attorney Pappas was able to negotiate a very favorable lump sum workers comp settlement of $125,000. This was after the injured worker had already received all three years of total disability that she was entitled to under the Massachusetts Workers’ Compensation Act.

This injured worker is doing much better with her shoulder and is very thankful for Attorney Pappas’ help in this claim.