What Does it Mean to Have a Third Party Claim? 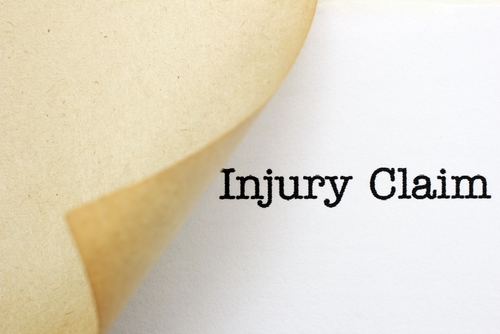 You have probably heard of a “third party claim” if you, or someone you know, have been injured in an accident. Typically, third party claims arise in situations when a Massachusetts worker is injured on the job. Who is the third party? When would I have a claim? How does it affect my case? These are all great questions that we hear often. Below is an explanation of work related accidents and third party claims.

The tradeoff is, in exchange for these benefits and the requirement of an employer to purchase and carry workers’ compensation insurance, the employee basically gives up the right to sue his or her employer for an injury that is suffered in a work related accident.

But, in some work accidents, the injured employee or worker may have the legal right to pursue additional compensation in a third party claim or lawsuit.

An Overview of Third Party Claims

“Third party claim” is a phrase you’ve probably heard or will hear after being hurt in an accident on the job. It is a situation that comes up when a worker is injured on the job in an accident that was caused by someone other than your employer or a co-worker. It is called a third party claim because in a work related accident, you are the first party, your employer is considered the second party, and the third party is another person or company that caused the accident.

Example 1: We represented a Framingham, MA resident that was seriously hurt on the job while working for a sanitation company in Walpole, MA. This man was hanging on the back of a trash truck when a pickup truck negligently struck him and the trash truck. The crash pinned his right leg against the garbage truck and caused a severely comminuted right distal fibular fracture and a right leg crush injury. Since he was hurt while on the job, we were able to get our client on workers’ compensation benefits to cover the cost of the medical treatment and a portion of his lost wages. Additionally, because the accident was caused by the negligent driver of the pickup truck, we also filed a third party claim against the negligent driver.

Example 2: A resident of Lawrence, MA, who was a home health aide, suffered a fractured arm when she slipped and fell on hazardous ice as she was walking into a patient’s home in Reading, MA. Like the example above, because this client was on the job at the time of the fall, she was entitled to workers’ compensation benefits. Additionally, we were successful in pursuing a third party claim against both the condominium association and snow removal company for their negligent maintenance of the property in failing to treat or remove the dangerous ice that caused our client’s fall and injuries.

Example 3: A client of ours, who lives in Holbrook, MA, was injured when she was rear ended by a negligent driver in Weymouth, MA. This client was a visiting nurse and at the time of the car crash, she was driving to a patient’s home. Again, because she was hurt while in the course of her employment, she received workers’ compensation benefits. Also, because the accident was caused by a negligent driver, she was also entitled to file and pursue damages in a third party claim.

As you can see from the examples above, when an employee or worker in Massachusetts is injured while in the course of his or her employment by a negligent third party, they are able to file a third party claim.

Find Out if You Have a Third Party Claim

In general, third party claims can be more valuable than just a workers’ compensation claim. But, they require an experienced attorney to identify the third party case, successfully litigate it and then deal with the lien. This is why you should always consult with an experienced personal injury attorney.

In order to find out if you have a third party claim, feel free to contact Mahaney & Pappas, LLP. We will evaluate your case, explain your legal options and answer all of your questions. Call us at (508) 879-3500 or fill out the online contact form.