An Alarming Statistic: Pedestrian Fatalities Are On The Rise 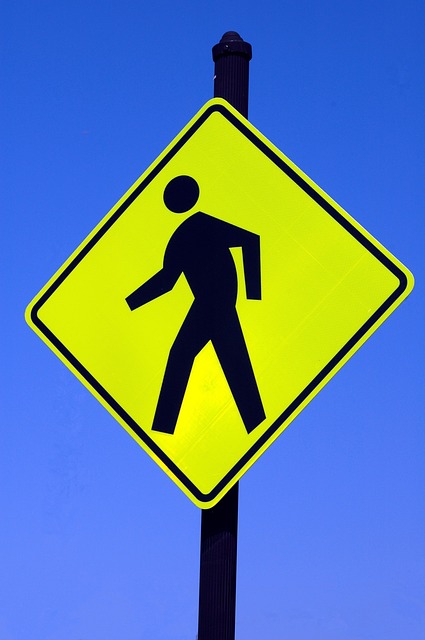 You think you’re safer walking to work?  Think again. The Associated Press just reported that pedestrian deaths are climbing faster than motorist fatalities.  That is an incredible statistic.  According to a recent report just released from the National Safety Council, pedestrian deaths reached nearly 6,000 last year which is the highest total in more than two decades. There are a few factors that play into the spike in numbers but researchers feel the biggest factor may be that drivers and walkers are distracted by cellphones and other electronic devices.  The amount of people walking and the number of miles driven on average per year are up a few percentage points but that is in no way relates to the surge in pedestrian deaths. What is undisputed is that texting and wireless devices have exploded in terms of numbers.  Almost everyone you see walking these days are either on the phone, are texting, or have earbuds in listening to music. Pedestrian fatalities are greatest in large population states with large urban areas, such as Massachusetts with cities like, Boston, Worcester, and Springfield. People are certainly more distracted than they were years ago when electronic devices didn’t rule their world.

Traffic fatalities increased by 6 percent last year, pushing deaths on U.S. roads to their highest level in nearly a decade according to the National Safety Council.  But what is truly of great concern is that pedestrian deaths have outpaced fatalities overall, climbing 25 percent from 2010 to 2015.  And an even more surprising statistic is that alcohol plays a part in many pedestrian deaths.  Of all fatalities, 34 percent of pedestrians and 15 percent of drivers involved in fatal crashes were intoxicated at the time.

We’re always being told to be cautious and aware while driving.  It seems that now people walking need to be warned to be careful and attentive, as much if not more than drivers on the road.  While walking in the city, walkers must exercise a high degree of care by not having the music blasting in their headphones or looking down at their electronic device.  Being a cautious walker means that you are aware of your surroundings and are able to react to motor vehicles operating around you.

Being a careful pedestrian is important. A pedestrian struck by a car is not automatically entitled to financial compensation for injuries they suffer.  The general principles of negligence that apply car accidents apply to pedestrian accidents. If a pedestrian is hit and injured by a car in Massachusetts they can file a claim or lawsuit against that driver. But, insurance companies will closely examine the facts and if they determine that the pedestrian was not paying attention because he or she was on their cell phone, it could be fatal to a claim or lawsuit. The insurance company may argue that the pedestrian was at fault for his own injuries or was contributorily negligent.

As personal injury attorney’s, we constantly see accidents that could have been prevented or avoided.  Mahaney & Pappas, LLP provides information to help reduce the chance of being involved in an accident, but if you or someone you know was hit by a car, remember to call us at (508) 879-3500 so we can help you.