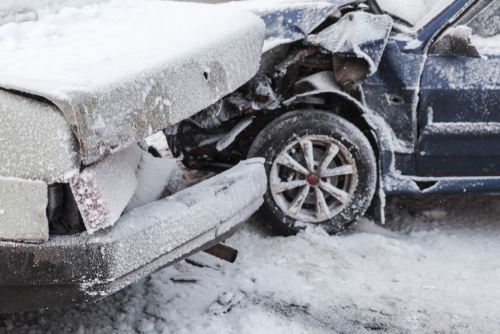 The first big snow storm of 2019 has hit Massachusetts. This storm brought not only snow, but frigid temperatures and a lot of ice. As we all know, snow and ice can lead to dangerous driving conditions and serious accidents and injuries. For example, Fox 25 Boston reported earlier this week that a Massachusetts State Trooper and a tow truck driver were injured after being struck by a car on Interstate 95 in Wakefield, Massachusetts.

The report revealed that the Trooper and tow truck driver were both on the job at the time of the accident assisting another driver on the side of the highway. Both were transported by ambulance to the emergency room of Lahey Hospital in Burlington, MA with non-life-threatening injuries. At the time of the news report, the Massachusetts State Police were still investigating the crash and if the weather and/or road conditions contributed to the accident.

These Types of Accidents Result in Several Injury Claims

When a worker is injured on the job, he or she would be entitled to workers’ compensation benefits. If the benefits are not paid voluntarily, a workers’ compensation claim may be filed. Similarly, if the same worker is injured on the job, but the accident and injury was caused by the negligence of a third party, the injured employee would be able to file and pursue a third-party personal injury claim or lawsuit against the negligent party or parties.  Let’s take a closer look at these two injury claims.

Overview of the Workers’ Compensation Claim

Generally, in Massachusetts, a worker who suffers an injury that arises out of the course of his or her employment (while on the job) is entitled to certain benefits from the employer’s workers compensation insurance company. The laws in Massachusetts have made workers’ compensation benefits no-fault benefits. This means that an injured worker is entitled to workers’ compensation benefits regardless of who caused the accident. The type and amount of benefits depends on the nature and severity of the injury.

An injured worker is also entitled to medical benefits. The Massachusetts Workers’ Compensation Act provide for medical benefits to cover the cost of the medical bills and expenses for treatment that is reasonable, medically necessary, and related to the work injury. This means that workers’ compensation will pay for all the medical treatment.

What this means is that an injured worker, who receives workers’ compensation benefits as a result of a work accident, may also seek additional compensation for injuries suffered in the same accident against the third-party. The injured worker, however, would have the burden in a third-party personal injury claim or lawsuit to establish that the third-party was negligent and his or her negligence caused the accident and the worker’s injuries.

A personal injury claim or lawsuit typically seeks financial compensation for medical bills and expenses, lost wages and earning capacity and pain and suffering. Of course, the severity of the injuries and damages would control what an injured worker may seek as compensation in their claim or lawsuit.

Speak With An Experienced Workers' Compensation Attorney in Massachusetts?

If you have been seriously injured in a work-related accident in Massachusetts, you may be entitled to workers' compensation benefits. The lawyers at the law office of Mahaney & Pappas, LLP specialize specifically on accident and injury cases and are here to help. Our office is centrally located in Framingham, Massachusetts that serves victims of work accidents in Boston, greater Boston, Worcester and all other surrounding towns.