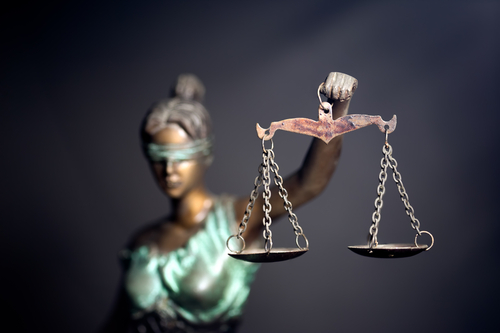 When you or a loved one have been seriously injured in a motor vehicle accident that was caused by another driver, you have the legal right in Massachusetts to seek financial compensation for your injuries and losses. Sometimes, personal injury claims are resolved without the need to file a lawsuit. In other situations, however, the injured party must file a personal injury lawsuit to pursue compensation.

When a personal injury lawsuit is filed in Massachusetts, the plaintiff or injured person bringing the lawsuit bears the burden of proving his or her case. Below I will discuss the civil standard of proof in Massachusetts that an accident victim must satisfy at trial to obtain financial compensation. The lawyers at the Framingham personal injury firm Mahaney & Pappas, LLP are experienced trial lawyers who specialize in representing people injured in accidents caused by someone else. If you have been the victim of an accident you should speak with, not only an experienced personal injury attorney, but an experienced trial lawyer.

The Preponderance of Evidence Standard in Massachusetts

The plaintiff (the party bringing the claim) in a civil action, bears the burden of proving his or her case. In Massachusetts, the standard of proof in a civil case is known as “preponderance of the evidence.” This standard basically means that the plaintiff must prove his or her case is probably more true than not true. This burden is less strict than in criminal cases, where the prosecution must prove their case “beyond a reasonable doubt.”

How Does Comparative Negligence Apply in Civil Cases?

In many personal injury cases, the defendant and their insurance company often assert the defense of “comparative negligence.” This defense claims that the plaintiff was comparatively negligent and contributed to his or her own injury.

Massachusetts, has a modified comparative negligence law, which is governed by Massachusetts General Law Chapter 231 § 85. This law states: “Contributory negligence shall not bar recovery in any action by any person or legal representative to recover damages for negligence resulting in death or in injury to person or property, if such negligence was not greater than the total amount of negligence attributable to the person or persons against whom recovery is sought, but any damages allowed shall be diminished in proportion to the amount of negligence attributable to the person for whose injury, damage or death recovery is made. In determining by what amount the plaintiff's damages shall be diminished in such a case, the negligence of each plaintiff shall be compared to the total negligence of all persons against whom recovery is sought. The combined total of the plaintiff's negligence taken together with all of the negligence of all defendants shall equal one hundred per cent.”

Essentially, with the defense of comparative negligence, the defendant or their insurance company blames the plaintiff for causing or contributing to his or her own injuries. Just like the plaintiff bears the burden of proving his or her case, the defendant, likewise, bears the burden of proving their defense by a preponderance of the evidence.This works two ways:

For example, let’s assume that one day Paula is driving her car down a street in Framingham, Massachusetts. She reaches a four-way stop and comes to a stop at the stop sign. At the same time, David is driving his car on a street that intersects with the street Paula is on. Paula then continues through the intersection and David drives right through stop sign and crashes into Paula’s car seriously injuring her. David tells his insurance company that Paula ran the stop sign and crashed into him. David’s auto insurance company denies Paula’s bodily injury claim and Paula then files a personal injury lawsuit against David. David contends that Paula was comparatively negligent. Paula’s case then proceeds to a jury trial. After the trial the jury finds that Paula was 51% comparatively negligent. The jury returns a verdict for David and Paula recovers nothing.

It is always recommended that anyone injured in an accident speak or consult with an experienced personal injury attorney. We hear this on T.V. commercials, radio ads and see it on many websites. But an accident victim shouldn’t just look for a personal injury lawyer. What you should be looking for is an experienced Massachusetts trial lawyer. A trial lawyer, who has tried cases before juries and understands the burden of proof will know how to successfully sustain the injured party’s burden.

Insurance companies are not on your side. They will actively work against accident victims to try to prevent them from recovering the financial compensation they deserve for injuries suffered in a motor vehicle accident.  Insurance companies are big businesses with big money. The kind of money to hire experienced defense attorneys, who have tried many cases. An accident victim should seek the help of an experienced trial lawyer who has tried cases and taken on the insurance companies and their attorneys. This will put a plaintiff in the best possible position to obtain the compensation they deserve.