Here’s Why You Should Speak with the Police After a Car Accident in Massachusetts? 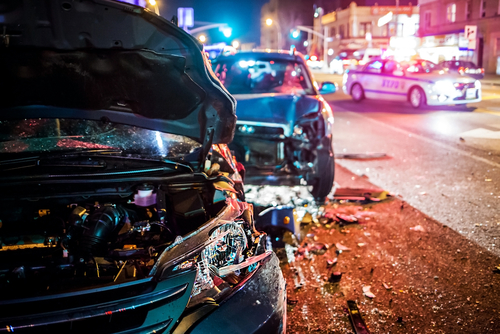 The insurance companies will always get the Motor Vehicle Crash Reports or police reports early in the personal injury claim process. They use police reports to make a decision on liability (determining who’s at fault). This is why you should be sure to let the police know exactly how the accident happened by explaining how the other driver was careless and caused the accident.

Police Reports are Also Used When Negotiating Injuries and Damages

Make sure you describe any injuries you suffered in the accident. In serious crashes, where someone suffers a major injury, such as broken bones or a severe laceration, the injury may be obvious and the officer or EMT will have it documented. But, in other car accidents, your injuries may not be that apparent at first. Sometimes, accident victims may sustain a neck or back injury in the crash, but adrenaline may mask those injuries at the accident scene or someone may believe their injuries are not that serious, so they never tell the police officer. In those cases, the police officer may make a note in their report that there were no injuries reported. This could come back to haunt the accident victim later in their personal injury claim.

For example, we represented an individual who was rear-ended in Worcester, Massachusetts. Initially, he didn’t think his neck injury was that bad and never told the police officer at the accident scene. He also refused an ambulance ride to the emergency room. His neck pain never went away. Months later after a cervical spine MRI, he found out he suffered a severely herniated disc in his neck and required a neck surgery and fusion. The insurance company used the police report that stated there were no injuries and the refusal for an ambulance transport to argue that the cervical disc herniation was not related to the accident. This presented a significant hurdle in the accident case, which we were ultimately successful in overcoming.

Therefore, you should cooperate and comply with the police officer’s request when they arrive at the accident scene, such as moving your vehicle to the side of the road. But, don’t forget to explain how the accident happened and let them know about all the pain and injuries you suffered in the crash.

If you did not speak with or explain your pain and injuries to the police officer at the scene, don’t be too worried. Although it helps, it may not be fatal to your injury case. In any accident, though, you should consult with an experienced personal injury attorney to be sure you have someone on your side to fight to get you what you deserve for your damages, losses and injuries.

If you have been seriously injured in an accident, you should contact an experienced Massachusetts personal injury attorney. If the other driver is responsible for causing your injuries, you deserve to be fairly compensated for your losses and damages. You shouldn’t settle for less.

The Framingham personal injury attorneys at Mahaney & Pappas, LLP offer complimentary consultations where we will evaluate your case and provide you with a fair valuation of your accident claim. We offer contingent fee agreements on car accident cases, which means you don’t pay us anything unless and until we get you the money you deserve for your injuries.

To speak with someone on our legal team or to schedule your free meeting, please call (508) 879-3500 or contact us online.