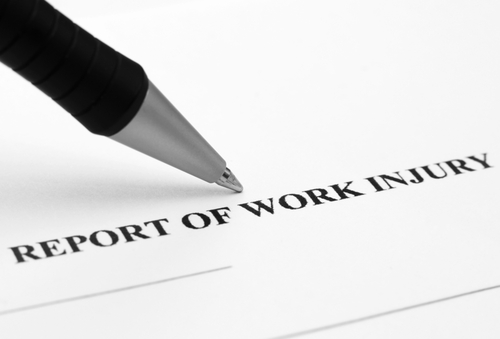 Injured workers are entitled to workers’ compensation benefits in Massachusetts after they suffer an injury on the job. The type and amount of benefits depend on the extent of the injuries and the worker’s ability to return to work.

Workers’ compensation benefits include disability benefits and medical benefits. The disability benefits replace a portion of the injured worker’s wages while he or she is out of work. They are calculated as a percentage of the injured worker’s average weekly wage. Medical benefits are available to cover the cost and expense of reasonable and related medical treatment.

Just because injured workers are entitled to benefits for a work-related accident doesn’t always mean that the insurer pays them. This is because in some claims, the insurer may deny benefits because they may assert that the injury did occur on the job. This is sometimes due to the injured worker not reporting the accident or injury right away. This is why we recommend reporting your work accident right away as one of the three most important steps to take following a work-related accident in Massachusetts.

Report Your Work Injury As Soon As Possible

Failing to report your work accident and injury right away could impact your workers’ compensation claim. Delays in reporting the accident may lead to a denial from the workers’ compensation insurer. This is because they are often suspicious about unreported accidents and may believe your injury didn’t occur on the job. In the situation where you cannot return to work because of your injuries, the consequences could be very stressful and impose a significant hardship on the injured worker. Let’s look at an example:

One of our clients recently hurt himself at work. This gentleman lived in Quincy, MA and worked as a cook. While at work one day at a restaurant in Boston, he injured his knee by twisting it while walking out of the walk-in refrigerator. He felt immediate pain and tried to walk it off. He didn’t realize how bad he hurt his knee. There were no witnesses to him twisting his knee and he didn’t tell anyone about the accident or report the injury to his boss or supervisor. Because he had work to do, being the fine employee that he is, he continued to work the remainder of the day.

He had the next two days off work. He spent those two days off laying on his couch with ice on his knee. When the pain and swelling got worse, he sought medical attention and then reported the injury to his supervisor. He ultimately learned that he had a tear in his meniscus and had to have arthroscopic surgery.

After reporting his injury to his supervisor, this worker received a denial from his employer’s workers’ compensation insurance carrier. They claimed that his knee injury was not suffered in work-related accident. That’s when he hired our office to help him. We evaluated his case and filed a claim for benefits immediately. His case proceeded through the usual process of a Massachusetts workers’ compensation claim. We were able to secure an order for benefits from a judge at the Department of Industrial Accidents. This decision ordered the workers’ compensation insurer to pay the injured worker temporary total disability benefits from the first day he was out of work due to his knee injury and to continue these benefits into the future. The insurer was also ordered to pay for all of his medical treatment related to the knee injury, including the surgery. In the end, we were able to secure a lump sum settlement for this worker.

The problem was that it took approximately 3 months to get to a conference and obtain the judge’s order. While our client was waiting for the conference date, he was not able to work and was not receiving any money. He was under a lot of stress trying to support himself and his family.

Don’t make the mistake of not reporting your work accident or injury to your employer right away.  If you are hurt at work, report it regardless of whether you think it was something minor or not.  It could make the difference between getting your benefits right away or having to fight and wait for them.