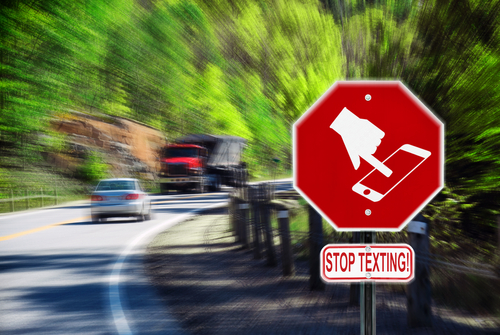 Over the past decade, distracted driving has become a major public safety concern. According to the Centers for Disease and Control, distracted driving has caused serious and fatal injuries to thousands across the United States. As a result of these staggering statistics, the Massachusetts government has been working to pass legislation to ban hand-held cellphone use by drivers and make our roads safer for all.

The personal injury lawyers at Mahaney & Pappas, LLP in Framingham have helped accident victims throughout Massachusetts obtain the financial compensation they deserve for serious injuries and economic losses they have suffered in motor vehicle accidents caused by distracted drivers. We have witnessed first-hand how distracted driving crashes impact people’s lives. If you were seriously injured in an accident caused by a distracted driver, you deserve to be fairly compensated for your losses.

Distracted driving puts us all at risk of serious injury or death. As a result, the Massachusetts Senate and House along with our Governor have been working to make our roadways and highways safer. Recent bills in both the Senate and the House, which ban the use of cell phones and other handheld technological devices, have been approved. Despite the agreement on distracted driving legislation, the proposals to ban cell phone use by drivers have not yet become law.

These road-safety bills would expand on the 2010 legislation that banned texting and driving. Cell phones have advanced significantly since 2010. These smart phones allow us to call, text, email and use social media. Rather than seek to ban specific actions with a smart phone, the bills seek to ban all general hand-held use of cell phones. For example, some language from the bills prohibit an operator of a motor vehicle from touching or even holding a mobile electronic device or use a mobile electronic device to send or read an electronic message while operating a vehicle. The bills, however, do carve out some exceptions, such as to perform a single tap or swipe to activate, deactivate or initiate hands-free mode or a command to a GPS or navigation device.

Although the bills have not become law, government officials are hopeful that an agreement can be reached soon to make our roads safer for everyone.

Drivers who use their cell phones or other mobile devices while behind the wheel place all others on the roads and highways at risk of serious injury or death. Using a cell phone while driving diverts a driver’s attention from their responsibilities of safe driving. The National Highway Safety Administration has conducted studies that show how sending or even reading a text message takes your eyes off the road for 5 seconds. A 5 second distraction traveling at 55 miles per hour is analogous to driving the length of an entire football field with your eyes closed.

In Massachusetts, fatal traffic crashes increased by 12.8% in 2016. The increase in fatal accidents was more than double the national rate. Traffic safety experts in Massachusetts and across the country believe that the increase in car accident fatalities are due to the growing number of distracted drivers. These alarming statistics is what prompted our government to push for stricter driver safety laws.

The growing number of distracted drivers on the roadways and highways put us all at risk of serious injuries or death. Aside from the obvious pain and suffering serious injuries cause, these crashes often result in significant economic costs and expenses. The cost of medical treatment for serious injuries can have a dramatic impact on the financial stability of accident victims and their families. Serious injuries can also result in the inability to return to work and earn money for yourself and your family.

For example, in a recent case we handled a man was saving money to take his family on a vacation across the country. He explained how he worked so hard over the years to save money to be able to take his wife and kids on a vacation before his children graduated high school. However, after he was seriously injured by a distracted driver, he was unable to return to work and incurred thousands of dollars in medical bills and expenses. He was forced to use his savings to cover the cost of his treatment and pay his bills he once did with his earnings from work. As you can see, the consequences of distracted driving can be devastating.