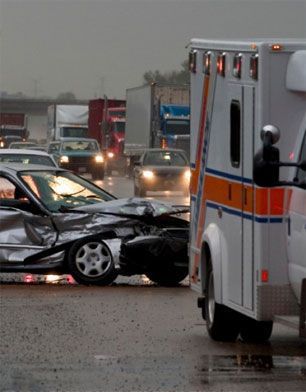 Recently there has been a lot of discussions, focus and concern about distracted driving. This is because distracted driving is a major cause of car crashes in, not only Massachusetts, but every other state. Cambridge Mobile Telematics performed a study that analyzed data from hundreds of thousands of drivers’ cell phones. The results of the study showed that one in four drivers involved in car crashes were using a cell phone just before the crash. The study was released earlier this April, which happens to be the same month that the National Safety Council observes as Distracted Driving Awareness Month.

The results of this study is concerning and has prompted further discussions about passing new laws in Massachusetts that would prohibit the handheld use of cell phones while driving. In 2010 Massachusetts banned texting and driving. A driver who is caught texting while driving will be ticketed and fined. There are currently no laws restricting other motorists from talking on a cellular device while driving.

With traffic fatalities on the rise on our roadways and highways, there is certainly good reason for the discussions about enacting a law to ban the handheld use cell phones while driving.

Handheld use of cell phones for texting or talking while driving creates a serious risk to other drivers on the road. All it takes is a split second to look down at a cell phone to create a situation that can have devastating consequences to a driver, the passengers and other people on the roads.

The National Highway Traffic Safety Administration (NHTSA) reported that approximately 660,000 drivers are using cell phones while driving. With this many people possibly distracted by their cell phones, the probability of being hurt in an accident caused by a distracted driver is very high.

The NHTSA also reported that in 2015 alone, 3,477 people were killed, and 391,000 were injured in motor vehicle crashes involving distracted drivers. Teenagers were the largest group of distracted drivers at the time of deadly crashes.

What Can You Do If You Are Injured In A Car Accident Caused By A Distracted Driver?

If you have been injured in a car accident because of a distracted driver in Massachusetts, you should discuss your accident and injury with an experienced personal injury attorney. It is recommended to speak with an experienced accident lawyer before talking to the other driver’s insurance company or giving them a statement. An injury attorney can help protect your rights and guide you through the claim process to ensure you get what you deserve for the injuries you suffered.

Mahaney & Pappas, LLP has skilled Massachusetts personal injury lawyers and an experienced legal staff. We understand the stress of being injured and can help guide you through the injury claim process. If you, or someone you know, has been injured in a car crash, pleasecontact us onlineor call (508) 879-3500to schedule a free meeting and case evaluation.