What Comparative Negligence Means in a Framingham Car Accident 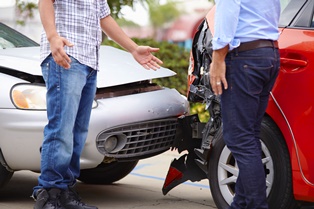 When two cars collide, determining who's to blame for the crash can be tricky. Sometimes, one driver clearly broke a traffic law by speeding, running a red light, or driving while intoxicated. In this instance, the driver who broke the law is 100 percent at fault.

In other situations, fault might not be so cut and dried. Massachusetts follows the law of comparative negligence to assign a certain percentage of blame to each driver. We take a look at how this works.

Which Driver Is More to Blame?

Determining who's at fault in a crash is important when a personal injury claim is at stake. If you were seriously injured in a crash that you believe was the other driver’s fault and you'll incur medical expenses in excess of $2,000, you can file a claim on the other driver’s insurance policy.

However, under Massachusetts’ modified comparative negligence rule, a plaintiff in a personal injury case can only recover damages if he or she was less than 51 percent to blame for the accident. For the driver who meets this standard, the amount of compensation they collect will be reduced by the percentage of blame they're assigned.

For example, if a judge determines that you were exceeding the speed limit when you drove through an intersection and got T-boned by a car running a red light, he may assign you 20 percent of the fault. As a result, your damages from the other driver’s insurance company will be reduced by 20 percent. You can be sure that the insurance carrier for the other driver will do all it can to assign at least some of the blame to you because it saves money.

How a Car Accident Lawyer Can Help

As a no-fault car insurance state, Massachusetts only awards damages in car accidents that result in injuries with related medical expenses totaling over $2,000 with a few exceptions. If this is your situation, you should talk to a car accident attorney as soon as possible. Your personal injury lawyer will build your case for compensation, including arguing to minimize the percentage of blame you're assigned.

These are complicated cases. Contact Mahaney & Pappas, LLP, in Framingham for a free case evaluation. If we believe we can add value to your car accident claim, we'll tell you how.