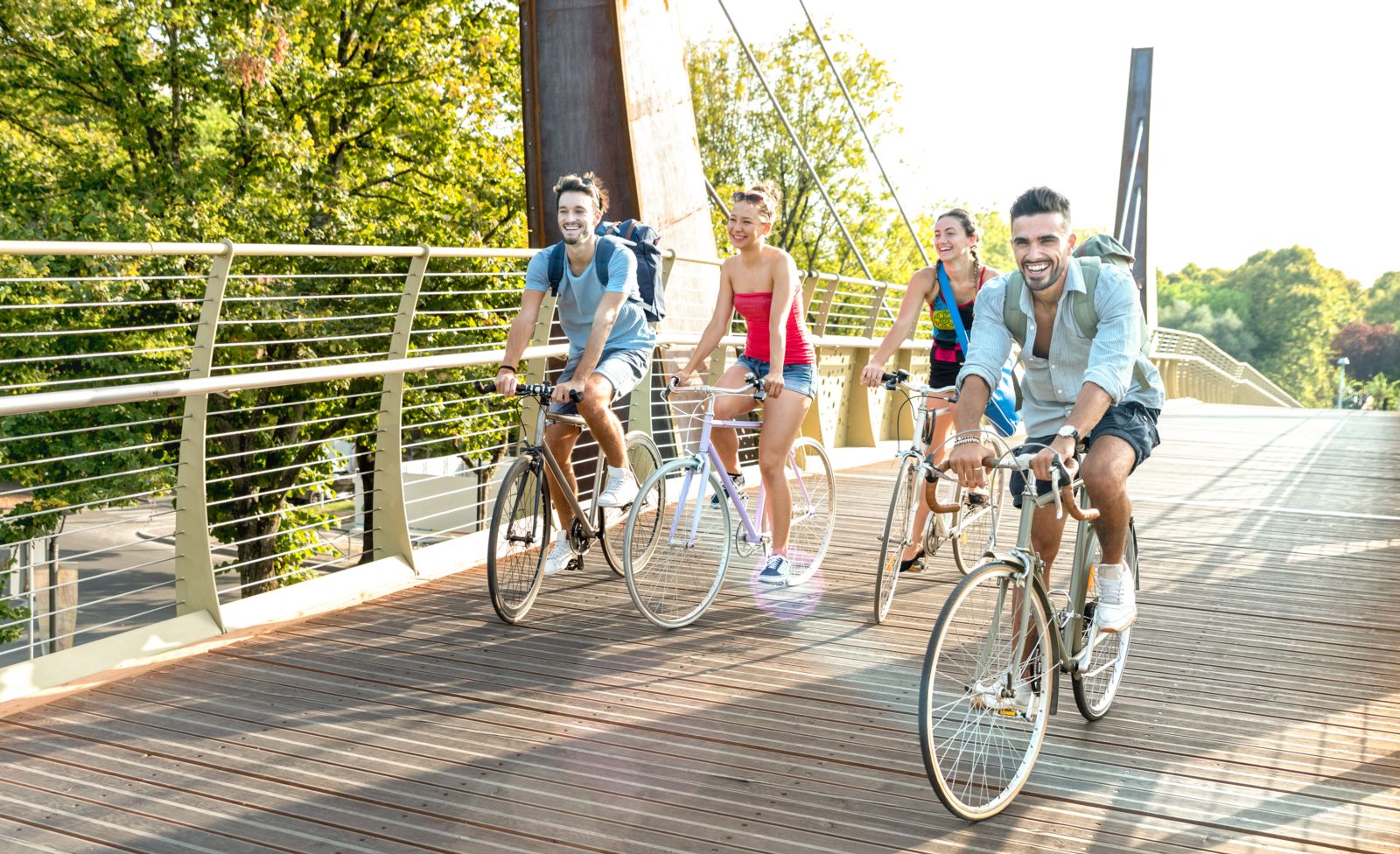 Now that the spring weather is moving into Massachusetts, bicycle traffic is increasing on the roadways. Bicycling has increased over many years, but springtime is when we, generally, see an increase of bikes on the roads – especially after the winter.

The increase in the number of bicycles on the road usually correlates with a rise in bicycle accidents. Bicycle accidents are extremely dangerous for cyclists, particularly when struck by a motor vehicle, as cyclists are exposed with very little protection. Understanding some of the common causes of bicycle crashes may help cyclists and other drivers try to avoid dangers. Many times, accidents are unavoidable. If you have been injured in a bicycle accident, our experienced attorneys are here to help you and your family.

In Massachusetts, particularly the Greater Boston suburban areas, bicycle riding has significantly increased over the years. Boston and surrounding city areas have also seen an uptick in bike traffic. Some surmise that an increase in gas prices and attention to health and physical fitness have contributed to the increase.

According to the U.S. Department of Transportation’s National Highway Traffic Safety Administration’s 2016 national data, there were 840 bicyclist fatalities. This was the highest amount of cyclist fatalities since 1991. The Massachusetts Vision Zero Coalition focuses on the reduction of traffic injuries and deaths across Massachusetts. According to their website and data from the Massachusetts Bike Coalition, there was a downward trend in bicycle fatalities from 2016 through 2019, but the number of deaths increased in 2020.

Non-fatal injuries from a bike accident can be severe and, sometimes, permanent. With many bicycles sharing the roadways with motor vehicles in the Boston and Greater Boston areas, it is important for cyclists and drivers to be vigilant and attentive to traffic in an effort to reduce the number of deaths and injures from bike accidents.

Over the past decade, distracted driving has become one of the top causes of all accidents and crashes in, not only Massachusetts but across the United States. A distraction is the process of diverting the attention of an individual from a desired area of focus. When behind the wheel, a distraction diverts the driver’s attention from safely operating the vehicle. Distractions while driving put the driver, passengers, and others sharing the roadways in danger of serious injury. Bicyclists fall under the “others sharing the roadways” category.  Bicycle accidents can occur anytime, but many happen in the morning when cyclists sometimes enjoy going for a daily ride. Of course, these accidents can occur any time of the day. A driver, heading to work or an appointment, may be distracted by their phone, morning coffee, breakfast, or make-up to name a few, and not see the bicycle sharing the road. A collision between a vehicle and a bicycle almost always results in more severe injuries to cyclists. Drives must be more attentive, especially on the scenic suburban roads that are often very narrow.

Bicycle accidents can happen when a driver of a vehicle makes a turn without properly assessing the traffic and roadways. Bicyclists are easily overlooked by vehicles on the roads. A turn made without first properly looking can result in a collision with the cyclist.  These types of accidents also occur when a vehicle is changing lanes. Sometimes, a driver only looks in their side view mirror quickly and, if no other vehicle is seen, makes a lane change. A cyclist traveling on the road can be struck by a vehicle changing lanes and seriously hurt. Drivers must be more cautious when changing lanes and check for bicycles, not only other vehicles.

Many accidents occur when a motor vehicle attempts to pass a bicycle on the road. This is often dangerous in some of the scenic, suburban areas of Greater Boston where the roads can be narrow. A passing vehicle can either collide with a bicycle or force the bicycle off the road. Both situations can have grim consequences for the cyclist.  According to the laws in Massachusetts, motorists must allow a safe distance to pass a bicyclist.  If there isn’t sufficient room to safely pass, the motorist has to wait until it is safe to do so.

This common cause pertains mostly to bicycle accidents in Boston and other city environments. This does not mean that they cannot occur in the suburbs. In many urban areas, bicycle lanes are clearly marked. These bicycle lanes often run parallel with parking spaces. In the hustle of life, sometimes we are in a rush, park our vehicles quickly on the side of the road, and just open our doors without hesitation. A cyclist riding by can be struck by the open door and seriously injured. So, regardless of where you park, you should always carefully look in your side view mirror to be sure no bicycles are riding by before opening your car door.

Compensation for a Cyclist Injured in a Bicycle Accident in Massachusetts

While most accidents are preventable, we have no control over the actions of others, particularly other drivers. Despite all the necessary precautions a cyclist may take to avoid an accident or minimize injury in the event of an accident, a cyclist can be seriously injured in a bicycle accident.

In Massachusetts, a cyclist seriously injured in a bicycle accident caused by a negligent driver under any of the common causes of crashes above has the right to seek financial compensation for the injuries and losses suffered in the bicycle accident.

Injuries suffered in bicycle accidents can result in extremely expensive medical bills and lost wages from missed time at work. You shouldn’t suffer the financial burden of these economic damages because a distracted or negligent driver caused the accident and your injuries.  Accident victims are also able to be rewarded for their pain and suffering. For an accident that someone else caused, you deserve to be compensated and made whole.

To pursue the compensation you deserve, you have the legal right and ability to file a personal injury claim or lawsuit against the negligent driver and his or her auto insurance company. If you have questions about an accident case or need help, feel free to contact Mahaney & Pappas, LLP. We specialize in personal injury law including bicycle accidents and will review the facts and circumstances of your accident and injuries and advise how we can help you get the compensation you deserve.