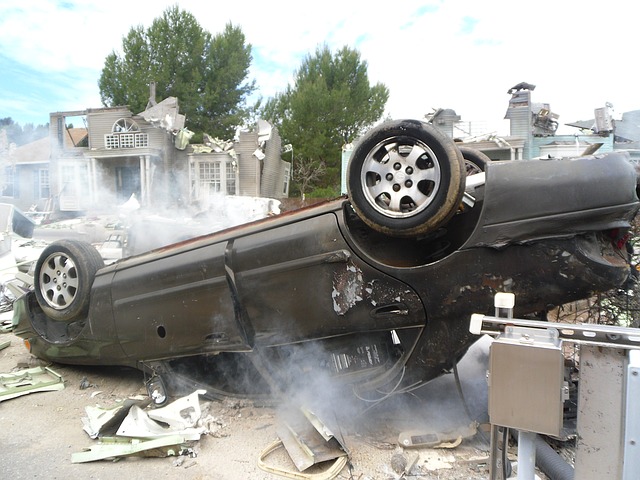 We come across all different types of car accidents in Massachusetts at our law office, but none can be more frightening and dangerous than the rollover. Sure, rear-end, head-on, or t-bone collisions are scary and can cause serious injuries, but clients involved in rollover accidents tend to suffer more severe injuries.

What is a Rollover Accident?

Rollover accidents are pretty self-explanatory and we’ve probably all seen them in the movies. When a vehicle is caused to turn over onto its roof or side, it is characterized as a rollover accident. In some situations, a vehicle can be caused to completely flip over on its side, rolling all the way over back onto its wheels. This can occur several times, depending on the severity of the crash and speed of the vehicle. A rollover crash can be particularly violent and often results in very serious injuries.

While there are many different factors that contribute to a rollover accident, below are some of the most common causes:

Of course, the speed of a vehicle at the time of a collision can play a very important factor in causing a vehicle to rollover. A car driving at an excessive speed that is struck at a particular angle can result in that car rolling over, and in some cases, several times. It has been reported by Safecar.gov that nearly Forty (40%) Percent of fatal rollover crashes involved excessive speeding and Seventy-Five (75%) Percent of them occurred on roadways with a speed limit of 55 mph or more.

Not paying attention to the road while driving can cause any type of car accident. However, failing to pay attention can be a major contributing factor to rollover crashes. This is because when a driver is inattentive, or distracted, the vehicle can drift out of its lane, or the driver will fail to see something that he or she would have otherwise seen, and suddenly try to straighten out the car. A sudden action often results in over compensating for the distracted or inattentive driving. This often leads to rolling over the vehicle or striking another vehicle causing it to rollover. This sometimes happens when truck drivers fall asleep at the wheel and when they suddenly awake they jerk the wheel causing rollovers and commercial trucking accidents.

Type of Vehicle and its Load

All kinds of motor vehicles can be caused to rollover. But, vehicles that are taller and narrower like a sports utility vehicle (SUV), van or bus, are more prone to rollover accidents. Again, the speed of the vehicle is usually the major contributing factor to the crash. A taller vehicle struck at the right angle at excessive speeds can cause a turning movement resulting in a rollover. A U.S. Department of Transportation (U.S. DOT) study found lighter trucks in general and SUVs are a rapidly increasing factor of the total number of fatal rollover crashes. Also, the weight or load a vehicle is carrying also contributes to a rollover crash. Trailer trucks or pickups that are carrying very heavy loads that are piled up high can be caused to rollover during a collision when the weight of the load shifts or is too top heavy.

Drunk driving can result in very serious accidents. The U.S. DOT and the National Highway Traffic Safety Administration (NHTSA) studies found that nearly half of all fatal rollover crashes involved alcohol. It is well know that alcohol can result in the impairment of normal bodily functions. This includes diminished fine and gross motor skills. When operating a vehicle, we need our normal bodily functions and skills to safely and effectively operate a vehicle. Too much alcohol can cause drivers to lose control of a car and this can cause a rollover accident.

Types of Injuries from Rollover Crashes

A rollover crash can result in very serious injuries. Our office has represented many people involved and hurt in rollover accidents in Massachusetts. Below are some of the most common injuries that we have come across from rollovers.

A very common type of head injury is called a closed head injury. A closed head injury is one in which there is direct impact to the head. This commonly occurs in car accidents. In a car accident, an occupant can strike his or her head on the dashboard, steering column, or window. In a rollover, an occupant might suffer a severe blow to the head from the roof of the vehicle as it rolls over. Our brains are very fragile and highly susceptible to injury in violent collisions. Often, head injuries or traumatic brain injuries (TBI) do not exhibit visible signs of injury. This can make diagnosing a head injury quite difficult. Severe complications and even death can result from massive head trauma.

Our spinal cords are an amazing part of the human body. There are thirty three separate bones (or vertebrae) and tissue that enclose and protect the spinal cord. Sure, these bones are hard and tough, but are, sometimes, no match for a violent car collision or rollover accident. High speed impacts or dangerous rollover accidents can cause serious back and spinal cord injuries. A rollover crash at high speeds can jolt and throw the vehicle occupant around at great force causing serious back injuries. Some common spinal injuries include paralysis, fractured vertebrae, disc herniation, and spondylolisthesis.

Broken or fractured bones are common occurrences in serious car crashes. A rollover crash can result in broken bones to the leg and arms when the vehicle impacts the ground or another object, such as a tree. The main categories that fractures fall into are displaced, non-displaced, open and closed. Displaced and non-displaced fractures refer to the manner in which the bone breaks. Is it simply a crack and the bone that maintains its alignment or is it a complete separation of the bone. Open and closed fractures describe whether or not the bone has punctured the skin. It goes without saying that open fractures have more serious consequences because of the risk of deep bone infections.

When a vehicle is involved in a rollover accident, the glass from the windshield or side windows can break and cause serious cuts or lacerations to its occupants. Also, a rollover crash can cause objects in the car, such as a phone, bag or tools, to be thrown about violently and hit the car’s occupants resulting in lacerations. Serious and deep lacerations are usually closed with stitches, sutures or staples. These lacerations often result in very serious and noticeable scars. A lot of times, the face or head is more susceptible to lacerations because it is completely unprotected from flying objects or broken glass in a rollover crash.

The most serious consequence of any car crash is death. But, a rollover accident is more likely to cause fatal injuries. Safecar.gov reported that rollover crashes have a higher fatality rate than other kinds of crashes. More than 7,600 people died in 2010 in rollover crashes. It was also found that out of those deaths, Sixty-Nine (69%) Percent of the victims were not wearing seat belts. This is why wearing seat belts is so very important.

Compensation for Injuries Suffered in a Rollover Accident

Whether an injured person in a rollover accident can be compensated for their injuries depends on the cause of the accident. Similar to any other personal injury case, liability and damages are the two main factors to consider when pursuing a claim for injuries.  If you are involved in a rollover accident that was caused by another vehicle, the other driver will be responsible for causing the rollover accident and injuries if they were negligent. Negligence is the failure to take or use proper when doing something.  Therefore, if a driver was speeding and distracted by something and this caused him or her to swerve and strike your car triggering your car to rollover, the other driver was negligent. The negligence was failing to driver properly within the speed limit and failing to pay proper attention while driving. The negligent driver will be held liable for the injuries they caused.

Someone injured due to another person’s negligence, is entitled to recover fair financial compensation for the injuries they suffer in a personal injury case.  The compensation is referred to as damages. Damages in a car accident, such as a rollover, include the injuries an accident victim suffered and the monetary losses they incurred because of the injuries. The medical bills, lost wages, and pain and suffering sustained by an accident victim are all types of damages from an accident. A personal injury claim will seek reimbursement of these damages to compensate the injured person.

Legal issues in rollover accidents can be quite complex. This is why it is always recommended to anyone injured in a car accident to consult with an experienced personal injury lawyer. An experienced Massachusetts accident attorney will make every effort to ensure that all potential liable parties are identified. This is very important because there may be more than one person responsible for the accident and injuries. Also, because rollover accidents can cause serious injuries, it is critical to ascertain all insurance companies and available coverage for the injured party.

Having the right lawyer can provide an accident victim with the leverage and representation he or she needs to get the money they deserve. Feel free to contact us today or call (508) 879-3500 to schedule your free case evaluation. We are happy to talk to you, and remember, if you can’t come to us, we will come to you.