A General Contractor May Be Liable to an Injured Subcontractor 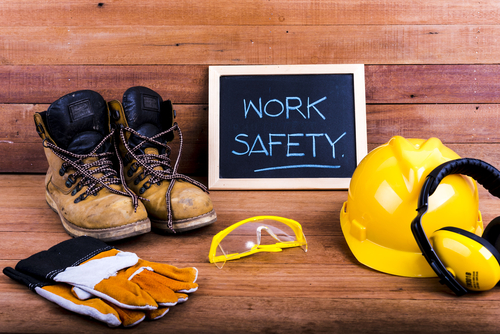 Recently our office has met with individuals who were injured while on the job. The purpose of our meetings were to evaluate their cases, including the facts and circumstances surrounding the accidents and injuries.  Part of our evaluation is to review the obvious workers’ compensation claim, but also to examine the facts in order to determine whether a valid third party personal injury case is also present.

Generally speaking, when an employee or worker is injured on the job in Massachusetts, he or she is entitled to certain workers’ compensation benefits. These benefits include disability benefits, that replace a portion of injured employees lost wages, and also medical benefits, that will cover the cost and expenses of the medical treatment for the work related injury.

Under the General Laws in Massachusetts, with a few exceptions, an injured worker is precluded by law from suing their employer for the injuries suffered in a work related accident. See M.G.L. c. 152 § 15. This is because the workers’ compensation laws are set up to be the exclusive remedy for work related injuries and require employers to purchase and carry workers’ compensation insurance to protect injured employees.  This doesn’t mean the injured worker cannot sue another negligent party.

In a case we reviewed recently, the injured worker was employed by a subcontractor that was hired and subcontracted to perform certain work on a project. The injured worker sustained serious injuries to his face, including an orbital rim fracture or fractured eye socket. These types of fractures are caused by a direct forcible impact to the face, which often result in extensive injuries. The injury occurred while the employee was using a specific machine on the project that belonged to the general contractor.

In a situation like this, we are examining the responsibility and liability of the general contractor. In Massachusetts, case law has held that “a general contractor has a duty to its subcontractors’ employees if it retains the right to control the work in any of its aspects, including the right to initiate and maintain safety measures and programs.” Corsetti v. Stone Co, 396 Mass. 1 (1985). The standard adopted in the Corsetti case is that one who entrusts work to an independent contractor, but who retains the control of any part of the work, is subject to liability for physical harm to others for whose safety the employer owes a duty to exercise reasonable care, which is caused by his failure to exercise his control with reasonable care.

A worker for a subcontractor, who is injured on a construction or work project, should have his or her case examined by an experienced Massachusetts personal injury lawyer to determine if there is a valid third party personal injury action against the general contractor in addition to their workers’ compensation claim.

Mahaney & Pappas, LLP has represented numerous employees hurt on the job get the compensation they deserve from both workers compensation and from the negligent third party, who is legally responsible for causing the employee’s injuries. We offer free, no-obligation initial meetings and case evaluations. All you have to do is call (508) 879-3500 or contact us online today. Call today and see how we can help you.