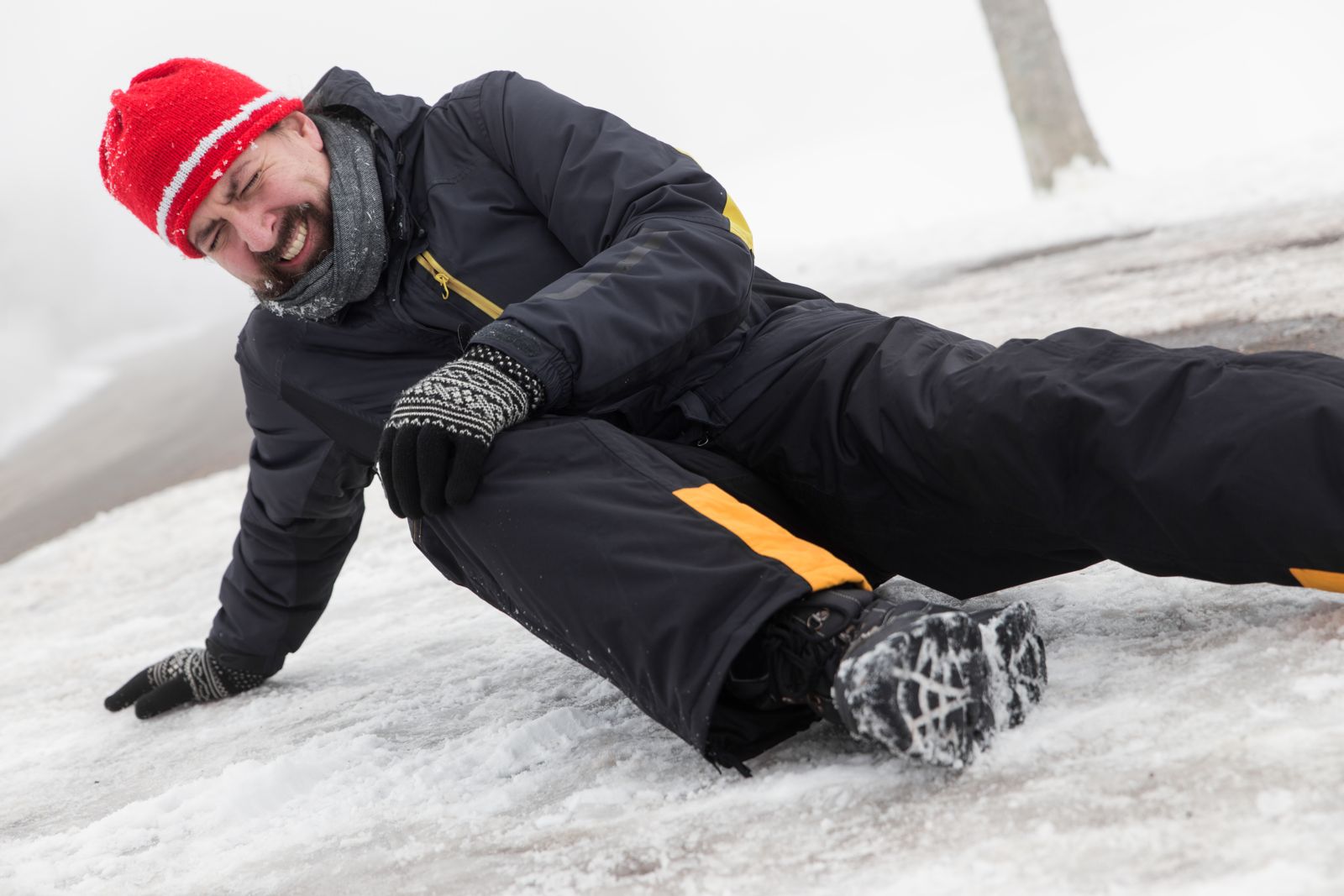 In this case, a home contractor slipped and fell in an icy parking lot in March while walking into a building supply store in Sharon, Massachusetts. This man suffered serious shoulder and knee injuries in the fall.  Although the insurance company initially denied liability, following a detailed investigation and thorough negotiations, Mahaney & Pappas obtained $120,000.00 in compensation for this client.

How This Client Was Injured

Our client pulled his pickup truck into an available spot directly outside the building, gathered his building plans from the passenger seat, and began to exit his vehicle.  He put one foot down unaware of the presence of ice, slipped, and fell directly on the pavement.

The fall resulted in our client suffering a left shoulder and right knee injury.  His knee was the most significant injury and of concern given his prior medical history.  MRI film revealed that his knee showed severe to near end-stage osteoarthritis, basically bone on bone with a complete loss of cartilage.  This was most likely the result of years of hard physical work as a contractor.  Nonetheless, his right knee was asymptomatic prior to the fall.  He underwent knee replacement surgery and the battle regarding causation began with the insurance carrier.

Establishing the Negligence Case After the Slip and Fall

After the fall, the client was able to collect himself, took out his phone, and photographed the scene.  I cannot state how important this was to reach a settlement in this case.  Those photographs were incontrovertible evidence of the ice that formed in the parking lot.  Our client even photographed the employees putting down salt on the affected areas.   Photographs taken hours or days later would not yield the same result.  It was impossible for the insurance company to say there was no ice on the ground when we had photographic evidence to the contrary.

How Mahaney & Pappas Helped This Client

We immediately went to work on behalf of our client.  Our office conducted a thorough investigation into the fall which included speaking with witnesses, further examining the property, and conducting a weather history examination. We then aggressively pursued the claim for personal injuries against the property owner on the basis that they were responsible to remove and/or treat snow and ice on the property.

The weather history investigation revealed the mean temperature on the day of our client’s fall was 38˚F with an evening low temperature of 25˚F.  The weather history indicated there was no precipitation in the days prior to the fall but the client’s efforts in photographing the scene allowed our office to argue successfully that the low temperature overnight causes the daytime melting snow to freeze which then created the dangerous condition that caused our client to slip and fall.

The insurance company initially denied the claim.  However, after being presented with all the evidence that we collected, they changed their position. Following thorough and lengthy negotiations with the insurance company, Attorney Mahaney was able to secure a $120,000.00 settlement. The settlement was compensation for the client’s medical bills, lost wages, and pain and suffering.

If you have been injured in an accident and have questions about what your rights are or what should be done, feel free to call us at (508) 879-3500 or contact us online.  We offer complimentary case evaluations and are more than happy to answer your questions and explain how we may be able to help you.