Seeking Medical Attention After a Car Crash in Massachusetts 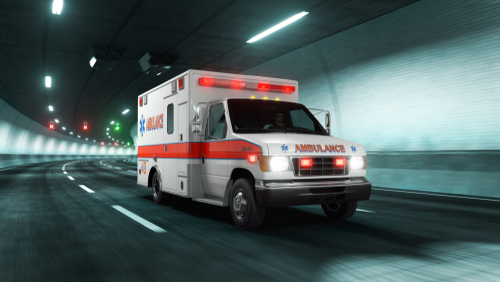 A car accident is not something we anticipate when we head out during the day. Unfortunately, accidents are common occurrence and happen quickly. In a personal injury claim seeking compensation for injuries you suffer in a crash, your actions and decisions right after a car accident could affect the strength of your case.

Crashes range from very serious to moderate. In very serious accidents that cause severe injuries, the question of seeking medical attention is not really an option, but more of a necessity. However, in less serious motor vehicle accidents you may not initially believe you suffered a severe injury and refused medical treatment.  This could have a real impact in a subsequent personal injury claim.

Taking an Ambulance to the Hospital After a Car Crash

The police respond to most serious car accidents along with an ambulance. Generally, the police and/or paramedics will evaluate you to determine if you have been seriously injured in the car crash. As part of their preliminary evaluation, they will ask if you are hurt and/or need medical attention. Obviously, if an accident victim suffered a seriously broken leg, there’s no question of whether to be transported or not.

But with less obvious injuries, the paramedics will let you make the decision of whether you want to be transported to the emergency room or not. In most situations, if a medical professional recommends it, you should agree and be transported by ambulance to the hospital after a car crash.

First, your health should be your number one concern. In a serious accident you may not realize the extent of your injuries. Crashes are sudden and unexpected and cause us to be shaken up and put under a lot of stress. This stressful event causes our bodies to produce hormones, such as adrenaline or epinephrine, that increases blood flow to our muscles. This is more commonly known as the fight-or-flight response. This response can mask the symptoms of an injury. So, do yourself a favor and have a medical professional examine you and evaluate your injuries.

Secondly, being transported from the accident scene to the hospital will document your injuries and complaints right after the accident. The ambulance report and emergency room medical records will be evidence that you will rely on in your personal injury case seeking financial compensation for your injuries.  With these records, there will be no denying that you immediately complained of your injuries after an accident and the records will clearly document the parts of your body you injured.

What if You Refused Transport to the Hospital?

Your adrenaline was pumping through your veins after a crash and you may not have realized how significant your injuries were. You refused medical attention at the accident scene and an ambulance transport to the hospital. What now?

It’s not detrimental to your personal injury case if you refused an ambulance transport from the accident scene to the emergency room. But you should seek medical attention soon after the accident. Waiting too long to get medical attention provides the auto insurance companies with an argument that your injuries may not have been suffered in the accident but somewhere else.

For example, we represented a young man who was rear-ended in Natick, Massachusetts on Route 9. His vehicle suffered extensive damage and the police and ambulance arrived shortly after the crash. He refused medical treatment and had his girlfriend pick him up. Although he felt pain in his neck, he did not see a doctor for almost a month after the crash. It was later discovered that he sustained a herniated disc in his cervical spine. The other driver’s auto insurance company made a big deal of his delay in seeking medical attention and argued that he may have suffered the injury somewhere else.

A lengthy delay in seeing a doctor can make it more difficult to get the compensation you deserve for your injuries. An auto insurance company may try to low-ball you with an offer of settlement because of the delay in seeking medical treatment. They know that if your case ever gets to a trial, the insurance defense lawyers will use the delay against you.

Don’t Forget to Tell Your Doctor About Your Accident

If you decide to seek medical attention after a car accident, make sure you tell the doctor, nurse, or another medical professional that your injuries and pain are from a motor vehicle accident. Sometimes, people forget to explain the cause of the pain and injuries and doctors may not ask. The cause of the injuries (e.g., a motor vehicle accident) will be recorded in your medical records.

Forgetting to tell the doctor about the cause of your accident will only result in your medical records stating that you presented with complaints of pain. In cases with delayed medical treatment and the failure to explain the cause of the injuries or pain, the auto insurance companies will use this as leverage in settlement discussions. In other words, they will offer you much less than what you deserve. Speak with a local, top rated injury lawyer who can assist in getting you the compensation that you need.