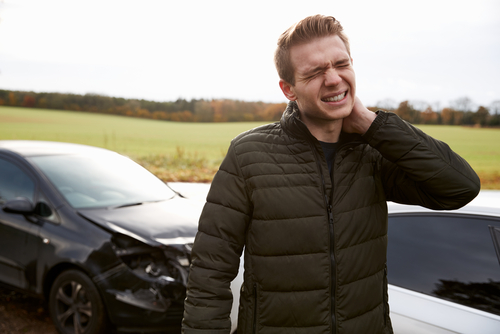 What happens so often in motor vehicle accidents is that drivers get out of their cars and tell everyone, “I’m okay, I’m fine”.

But, a day or two later they find themselves in a lot of pain in multiple areas of their body. After the accident the pain progressively increases but they think taking pain relievers will solve the problem. A week or two goes by and they realize there is something very wrong and they need to go to the doctor.

That gap in time between the accident and the time they seek medical attention could come back to haunt them.

Delays in Seeking Medical Treatment Can Hurt Your Case

In Massachusetts, when you are hurt in a motor vehicle accident that was caused by someone else, you can seek compensation from that other person’s insurance company for your damages and losses. While this may sound clear and simple, it is anything but. It may seem somewhat cynical but insurance companies are not your friends. They will pay for their responsibilities under a policy of insurance, but usually only after they make every effort not to pay if the opportunity presents itself. A prime opportunity for them to not pay or try and reduce any obligation to pay is when you delay in seeing a doctor.

The insurance companies will use this delay against you. If too much time transpires between the car accident and the first visit to a doctor or medical facility the insurance company is almost guaranteed to say you weren’t really hurt or that the injury you’re presenting to your doctor occurred somewhere else and not in the accident. We see this situation all the time.

For Example: A 55 year old man was rear ended by a teenager in Bellingham, MA. He was hurt, but didn’t go to the emergency room or see a doctor for a couple of weeks. After weeks of pain and discomfort in his back and down his leg, he saw a doctor. It turned out he had a herniated disc in his back that was compressing against the nerves. This was sending pain down his leg. The insurance company is now arguing that the injury is not from the accident, because if it was, they say, he would have gone to a doctor much earlier.

One of my first questions to a prospective client injured in a car accident is “when did you first seek medical treatment after the accident?” If the gap in time between the accident and the first visit to the doctor is for example 10 to 14 days later, I know from experience, I’m going to have an issue with the insurance company. Take even longer to seek medical treatment and more problems arise.

Protect Yourself Against the Insurance Companies’ Tactics

After a car crash, you should avoid giving the at-fault driver’s insurance company the opportunity to refuse to pay or reduce any payment. If you were injured in a crash, you should see a doctor as soon as possible after an accident, preferably within a day or two, if not the same day. This is one of the three most important things to do after a car accident that we recommend.

Seeking medical treatment right away is important for your claim, but also for your health. A lot of medical problems related to an accident don’t manifest themselves immediately after an accident. Concussions, fractures, internal bleeding, ligament and tendon tears for example may become apparent when the initial shock of the accident wears off. Our bodies have a wonderful response to the onset of pain. Adrenaline is the hormone responsible for the “fight or flight” response.  In moments of fear or shock adrenaline can mask injuries suffered.  Only after the fear or shock subsides does the actual pain from an injury appear. So, even if you think you might not be injured, do yourself a favor and see a doctor right away. Medical professionals are the only ones that can confirm whether you are seriously injured or not.

If it’s medical bills you are concerned about (with the extremely high cost of medical care and health insurance these days), don’t worry. After a car accident, the Personal Injury Protection (PIP) Benefits are available to cover the cost of your medical treatment up to a certain amount.

So the central theme of this blog is “document, document, document”.  It means nothing to the insurance company for you to say “I was in so much pain I just stayed on the couch healing.”  What means everything to your claim with an insurance company is that you went to doctor, emergency room or urgent care clinic and the physician writes in their notes “I examined John Doe after being involved in a motor vehicle collision and made the following findings…”

It’s a good thing when a client calls us immediately after an accident occurs because I have the opportunity to explain this to them. Knowing how to proceed in the days following an accident can mean the difference between succeeding in your claim and facing obstacles along the way.

Get Advice From An Experienced Injury Lawyer Today

Mahaney & Pappas, LLP specializes in handling motor vehicle accident injury claims in Massachusetts. After a crash, you may be entitled to financial compensation for your injuries and resulting damages. But, insurance companies will employ every tactic they can to not pay or reduce any amount they may become obligated to pay. This is why you should speak with an experienced car accident attorney after being injured in a crash.

For information about car accident claims feel free to call us today at (508) 879-3500 or contact us online. We offer free case evaluation and will answers all of your questions.