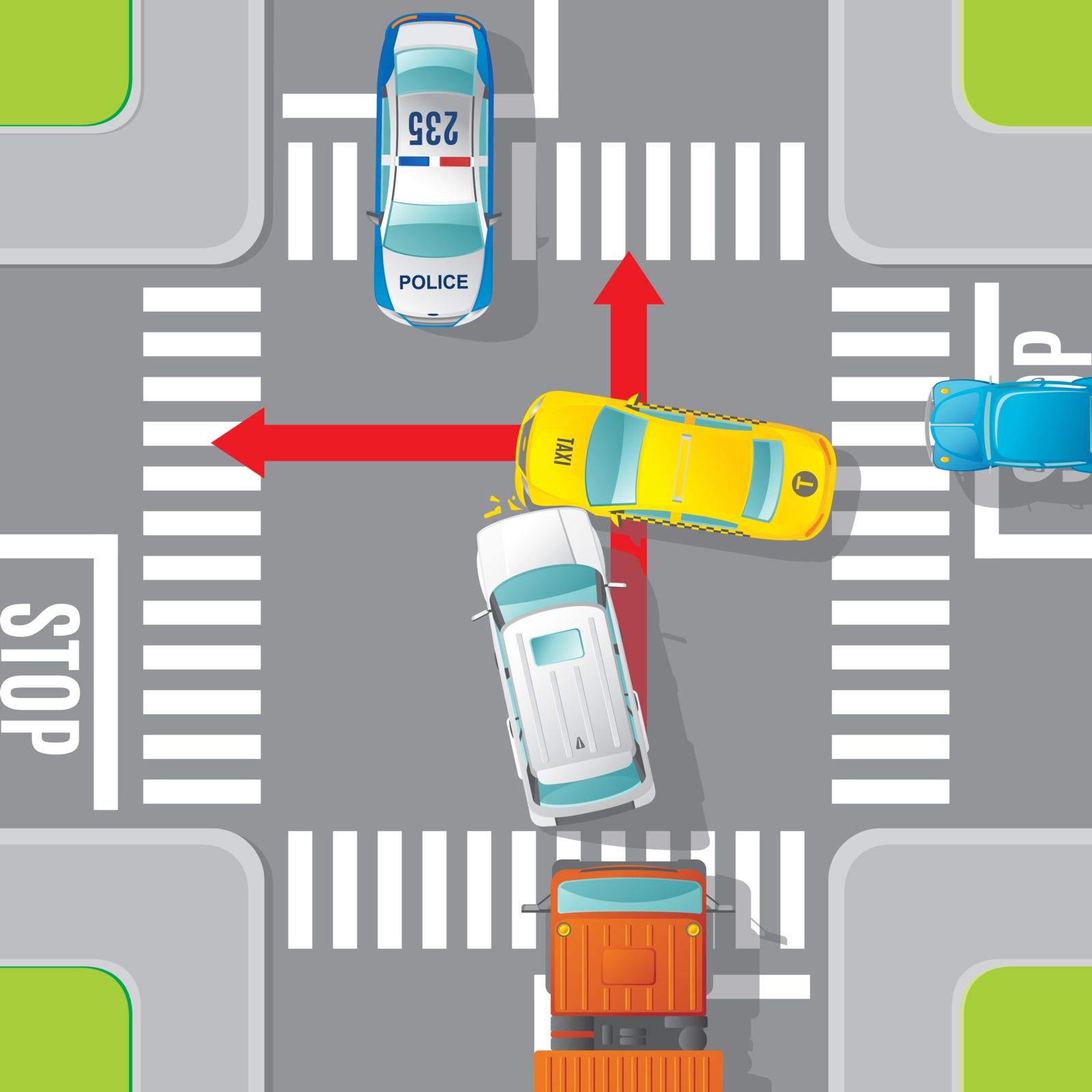 The Massachusetts Department of Transportation (MassDOT) issues reports that evaluates the top crash intersection locations and top crash locations for pedestrian accident and bicycle accident locations in Massachusetts. The most recent report was prepared with available crash data and statistics as of October 2017. The report’s focus is on intersections where accidents occurred that were reported to the Registry of Motor Vehicles.

The top crash locations report is prepared in order for the MassDOT to try and improve the safety of the roadways in Massachusetts. With accident fatalities and crashes in total increasing over the years, the main focus of the MassDOT is on reducing serious injury and fatal motor vehicle accidents.

Where Does Your Town/City Rank in the Top Crash Locations?

The 2015 Top Crash Locations Report lists the 2013-2015 statewide top 200 crash locations. This list is compiled by analyzing data from the reported car crashes within the RMV. The number of reported crashes has changed over the years due to many factors. One factor is the way accidents are reported. As our world becomes more technological, numerous communities have moved from filing paper accident reports to submitting them electronically. These changes have made obtaining precise data more difficult, so the list of crash locations is only a general accident screening tool.

The top crash locations report can be found on the MassDOT’s website if you want to look up your town of city to see what intersections may be listed in the top 200.

The top crash locations reports and other accident statistics reveal an increase in accidents and injuries. Specifically, another report showed an alarming increase in fatal motor vehicle crashes in Massachusetts. In 2016, traffic deaths in Massachusetts increased to 389 fatal accidents which was a 12.8% increase. This was more than double the national rate increase in fatal accidents. A major cause for the increase, according to traffic safety experts, was the increased number of distracted drivers. Sadly, these statistics increase all of our chances of being seriously or fatally injured in a car accident.

If you were injured in a car accident in Massachusetts that was caused by a negligent driver, you have the right to seek financial compensation for your damages and losses. With the growing number of distracted drivers on our roadways, no matter how careful we are, sometimes we cannot avoid being involved in an accident. While we cannot control how others drive, we can control what steps we take and decisions we make after being hurt in an automobile accident.

The first step is educating yourself on the injury claim process. Knowing what to do and what not to do is very important in making sure you and your loved ones get what you deserve after being seriously injured in a crash. The Three Important Steps to take Immediately After a Car Accident is a great start to making sure you are protecting your right to receive fair compensation for your damages.

One important decision you can make after being hurt in a crash is to consult with an experienced Massachusetts personal injury attorney. Serious injuries from accidents can result in significant damages, including substantial medical bills, missed time at work and debilitating pain and suffering. An experienced accident lawyer will be able to educate you on the personal injury claim process to help you and your family to make the right decisions after a crash and protect your legal rights to compensation. Another great reason to speak with an experienced injury lawyer is that studies have shown that accident victims, who hired personal injury lawyers, received larger settlements in car accident cases.

With insurance companies routinely denying claims and raising many complicated legal issues in accident cases, many claims often result in litigation. An experienced injury lawyer can help fight for you and your family. A personal injury attorney, who regularly takes on the insurance companies and litigates accident cases, will know what steps to take and how to go about getting accident victims the compensation they deserve. For these reasons, anyone injured in a motor vehicle accident should seriously consider hiring an experienced attorney.

If you have been seriously injured in an accident, you should contact an experienced Massachusetts personal injury attorney. If the other driver is responsible for causing your injuries you deserve to be fairly compensated for your injuries and damages. You should not settle for less.

The Framingham personal injury attorneys at Mahaney & Pappas, LLP offer complimentary consultations where we will evaluate your case and provide you with a fair valuation of your accident claim. We offer contingent fee agreements on car accident cases, which means you don’t pay us anything unless and until we get you the money you deserve for your injuries.

To speak with someone on our legal team or to schedule your free meeting, please call (508) 879-3500 or contact us online.