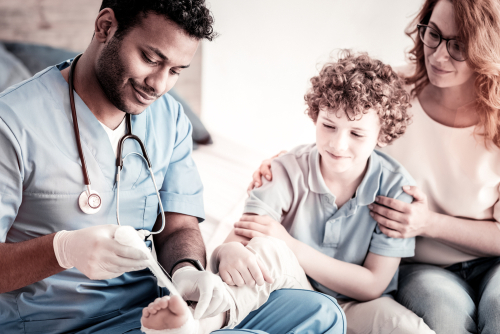 It’s not something that everyone is familiar with, but in Massachusetts there is a statute that allows parents to legally seek financial compensation for damages suffered when their child is seriously injured in an accident. The legal cause of action for parents in this type of a situation is called: Loss of Consortium of a Child. Here is a brief overview of the statue that allows for Loss of Consortium of a Child.

Cause of Action for Loss of Consortium of Child

A cause of action, in legal terms, is the right to bring legal action against another based on a certain set of facts or grounds. In other words, it is the basis upon which a lawsuit is filed against another. For example: if someone is injured in a car accident, he or she may file a lawsuit against the other driver that caused the crash. The lawsuit will be based on the cause of action of Negligence and seek the standard and applicable damages/compensation in a personal injury claim or lawsuit.

Requirements of Loss of Consortium of Child

This separate cause of action for loss of consortium of a child cannot be filed in every accident in which a child is injured. The parent(s) would have this cause of action for a minor child or an adult child who is dependent on his or her parents for support.

For this cause of action the child of the parents must be a minor child or an adult child. The minor child part of the statue is easy. The child must be under 18 years old. In a case out of Billerica, Massachusetts an 11-year-old girl was attacked by a dog. The young girl was bit in the face and arm and her parents witnessed her struggling with the dog. In this dog bite case, the parents had a cause of action for loss of consortium of their child and experienced loss of their daughter’s society and companionship. A court assessed damages against the dog’s owner for both the child and her parents of over $167,000.

For a parent to have a legal cause of action for loss of consortium for an adult child, the statute requires the adult child to be dependent on his parents for support. In a case where a 24-year-old firefighter was injured in Methuen, Massachusetts after falling 55 feet to a concrete floor, the parents of the adult son had no right to recover for loss of consortium, despite the fact he lived with his parents. The court ruled that the parents had no such right because their son was not dependent on them financially either before or after the accident from which the son's injuries arose.

Speak With An Experienced Lawyer Today