About the Maximum Weekly Compensation for Injured Workers in Massachusetts? 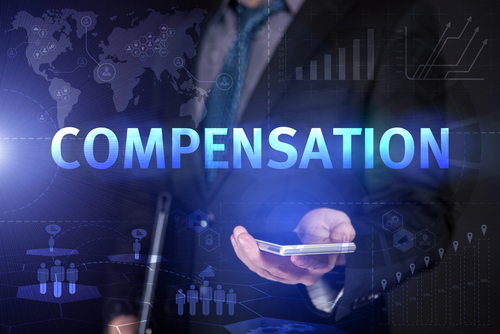 In Massachusetts, the Commissioner of the Division of Unemployment Assistance sets a maximum weekly rate for workers’ compensation benefits each year. The maximum rate is set annually on October 1st. Massachusetts General Laws Chapter 152 §1(10) is the statute that governs the maximum compensation rate for workers’ compensation benefits. It states: “ ''Maximum weekly compensation rate'', one hundred per cent of the average weekly wage in the commonwealth according to the calculation on or next prior to the date of injury by the deputy director of the division of employment and training.”

We represented a worker who was injured on the job in Worcester, MA in September 2016. His injuries prevented him from working for over two years. As stated above, in Massachusetts an injured worker’s disability benefits are based on his or her average weekly wage. In this specific workers’ compensation claim, the injured worker’s average weekly wage was just under $2,300 (I’ll use the round figure of $2,300 for simplicity).

Since he was rendered totally disabled by his doctors, his weekly temporary total disability rate would be calculated as 60% of his average weekly wage. Using this formula, his total disability checks would be $1,380 per week ($2,300 X 60%). However, as stated above, Massachusetts sets a maximum compensation rate for workers’ compensation benefits each year. This worker was injured in September of 2016 and the maximum rate set for that year (October 1, 2015 – September 30, 2016) was $1,256.47. Thus, this worker was only entitled to receive the state maximum that year of $1,256.47 rather than the $1,380.

As you can see, there are many variables in determining an injured worker’s weekly disability rates. In the example above, the adjuster from the workers’ compensation insurer did not initially include certain fringe benefits that should have been considered in calculating the average weekly wage. So, that injured worker was initially receiving less than the state maximum. Once he hired Mahaney & Pappas to represent him, we evaluated his claim and determined that the fringe benefits should have been included in determining his average weekly wage. This increased his weekly disability rate above the state maximum. We were able to successfully negotiate this issue with the adjuster, which resulted in our client obtaining the state maximum weekly rate for this injured worker. He received over $200 more each week than he was previously receiving. We were also able to obtain a retroactive check for the difference between what he was receiving and what he should have been receiving.

This is also a great example of why an injured worker should consult with an experienced Massachusetts workers’ compensation attorney after being hurt on the job.