Medical Marijuana in Massachusetts Not Covered by Workers' Compensation 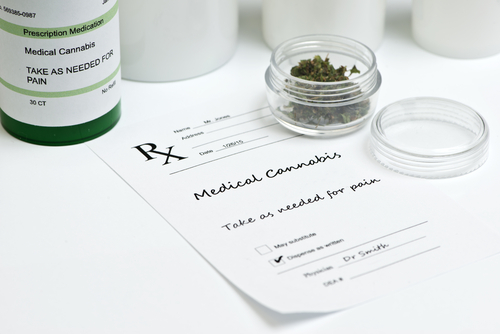 Medical benefits are available to injured workers to cover the cost and expense of medical treatment related to the injuries suffered on the job. For medical benefits to be paid to cover the cost of treatment, however, the medical treatment sought must be determined to be reasonable, medically necessary, and causally related to the work injury.  (See Massachusetts General Laws c. 152 §§ 13 and 30). These benefits are payments from the workers' compensation insurance carrier for the medical bills, costs, and expenses for treatment.

Generally, prescription medication determined to be reasonable, necessary and related to the work injury is covered by workers’ compensation.

Prescription Medical Marijuana Not Covered by Workers’ Compensation in Massachusetts

As stated above, cannabis (the scientific name for marijuana) has been prescribed for a wide variety of medical illnesses and conditions since 2012 in Massachusetts. Medical conditions warranting medical marijuana range from chronic pain to depression to insomnia. Research has revealed more than sixty chemicals in marijuana plants. One specific compound in cannabis is cannabinoids. The relevant research is still ongoing but has shown that cannabinoids may help relieve pain.

So, if a worker in Massachusetts is injured on the job and he or she is either prescribed or desires medical marijuana, does workers’ compensation have to pay for it?  In a recent case, the Massachusetts Department of Industrial Accidents refused to order a workers’ compensation insurance company to pay the cost of medical marijuana for a covered employee. The reviewing board considered the conflicting laws of the federal government and the Commonwealth of Massachusetts in rendering their decision.

Specifically, the federal laws (the Controlled Substances Act) still has marijuana classified as a Schedule I controlled substance punishable under federal criminal laws. However, the Massachusetts Act for the Humanitarian Medical Use of Marijuana allows marijuana to be prescribed for medical purposes. (Massachusetts has also recently passed legislation to allow marijuana to be sold and used recreationally, but that is beyond the scope of this article). So, do you see the conflict?

Essentially, the DIA held that the federal laws preempt Massachusetts laws in the employee’s claim for benefits seeking to force the workers’ compensation insurance company to pay for medical marijuana. Therefore, the DIA refused to order the insurance company to pay for the medical cannabis.  Administrative Law Judge, Martin J. Long stated in his decision: “While the Massachusetts Act provides a ‘safe harbor’ and protects medical marijuana users from prosecution under Massachusetts’ criminal law, this does not mean that the Massachusetts Act can affirmatively require insurers, under the cloak of M.G.L. c. 152, to act in a manner that violates federal law…”

Thus, as of now, workers’ compensation insurers are not being compelled to pay for an injured workers medical marijuana in Massachusetts. But, the law is never static and is always changing. With continued cannabis research, things may change in the future.